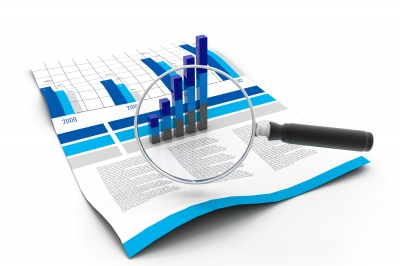 A recent U.S. Securities and Exchange Commission ruling underscores the importance of following accepted best accounting practices not just as a company, but as an individual. An SEC investigation into recent accounting practices at CVS Caremark resulted in a $20 million fine for the company and a separate administrative penalty for then-controller Laird Daniels, who was fined $75,000 and barred for a year from practicing as an accountant at any publicly traded company.

The harsh penalties stem from the SEC investigation into a $1.5 billion bond offering by CVS in 2009. A separate but related SEC investigation also turned up an accounting change that allowed CVS to overstate its earnings for the third quarter in 2009.

According to the SEC, CVS deliberately omitted mention of significant business losses in the 2009 bond-offering document, painting a misleading picture of the pharmacy chain's earnings. In so doing, CVS broke trust with investors and with the public by artificially boosting its stated earnings and deliberately concealing the full extent of its business losses. The company deliberately gave investors the expectation of better earnings than the actual numbers suggested.

The SEC investigation into the CVS Caremark bond offering charges that the company had lost significant Medicare Part D and pharmacy contract earnings. Under best accounting practices, those losses should have been disclosed to investors in the bond filing to give them a true picture of the company's financial health. When CVS revealed the full extent of those losses in November 2009, the company's stock price fell 17 percent in a single day.

The SEC investigation into CVS Caremark is part of a renewed focus on accounting fraud in everyday businesses. For a time after the 2008 financial services collapse, the agency had focused on securities fraud at banks, trading houses and other financial entities on Wall Street. In May 2013, SEC announced plans to return its focus from fraud on Wall Street to accounting fraud on Main Street.

The renewed focus on everyday financial fraud doesn't stop with corporate malfeasance. In an SEC investigation related to the CVS Caremark case, officials charged that the company's controller, Laird Daniels, made changes to the way CVS recorded the acquisition and depreciation of assets in a 2008 merger. The agency further charged that Daniels and CVS did not disclose the adjustments to investors. As a consequence, CVS Caremark reported higher-than-expected third-quarter earnings. In that case, the SEC found that Daniels "willfully aided, abetted, and caused violations by CVS of the reporting, books and records, and internal control provisions of the federal securities laws."

It is the duty of an accountant to provide a fair and consistent measure of a company's financial picture, an SEC official pointed out. When accountants use creative methods to misrepresent that picture, the SEC will impose sanctions and penalties.The results of these SEC investigations, particularly the individual case against Daniels, make it clear that the commission will not hesitate to fine and penalize individualize accountants.