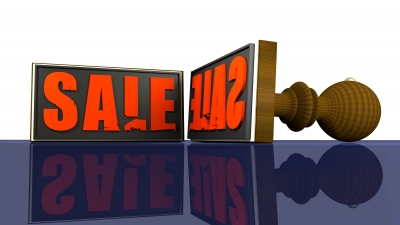 Competitive advertising can be a lot of fun. Anybody above a certain age remembers the high-profile cola wars of the 1980s, in which Coke and Pepsi simultaneously ran vicious public campaigns aimed at discrediting each other and persuading the public to switch brands. Similar strategies have been undertaken in the years since by Subway, Snapple, and Macintosh. What distinguishes competitive advertising from run-of-the-mill campaigns is its willingness to call out competing brands by name, specifically claiming the target brand is somehow inferior or drawing attention to its shortcomings. Political advertisements are an obvious example of the form. Lately, competitive advertising has landed some advertisers in trouble, as regulatory agencies are starting to investigate claims.

A textbook example of how competitive advertising can get an advertiser in hot water is that of T-Mobile. T-Mobile has had its ups and downs as a cellular voice and data provider, but the company has recently positioned itself for a big push on the market share of the current leader, AT&T. In its controversial ads, T-Mobile makes the claim that its data network uses the "most advanced technology" and is "the most reliable." These claims seem to be based on a rather uncharitable analysis of AT&T's HSPA network that doesn't take the company's faster LTE network into account.

At best, this would appear to be a deliberate cherry-picking of the available data. At worst, it's deliberately misleading, which is probably what motivated the National Advertising Division (NAD), a wing of the BBB, to criticize the phone company and call for a retraction. T-Mobile CEO John Legere has responded to the charge by asserting that the statistics are accurate but promising to take the NAD's complaint "under advisement."

Another company to have recently run afoul of advertising laws is California-based automaker Tesla. Here, it's charged that the company's advertising division has made false claims on the company's website regarding potential savings in fuel relative to other leading brands such as GM. Tesla has been denied a license to sell its electric cars directly to consumers in Texas—allegedly over the competitive advertising—and is the subject of a complaint to the California DMV by its competitors.