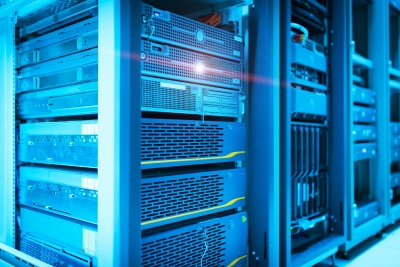 Quantum computers sound like the stuff of science fiction, but they are rapidly moving out of the lab and into the world of practical application. As scientists and programmers bring these advanced machines closer to commercial end users, the time is right for companies to consider the potential business benefits.

What Are Quantum Computers?

Traditional computers operate using bits of information. Each bit can be in one state: 0 or 1. In comparison, quantum computers use quantum bits, which, thanks to quantum physics, can achieve superposition, or the ability to exist in both the 0 and 1 state simultaneously. As a result, each quantum bit can store more information than a traditional bit.

One of the most important business benefits of quantum computers is their ability to process large amounts of data at mind-blowing speeds. A normal computer tackles tasks one at a time, which automatically limits its processing speed. Quantum machines don't have this problem. In addition to superposition, quantum bits can become entangled, a state in which they are connected and correlated. As a result, a single system can process an exponential number of tasks at the same time. Theoretically, a task that takes a week with a supercomputer could be completed nearly instantaneously with a quantum system. For businesses, this translates to the ability to power through huge calculations, analytics tasks or modeling projects in minimal time.

Quantum computers can lead to greater efficiency for businesses that frequently consider problems with multiple variables. Consider air traffic control systems, which take into account factors including the weather, thousands of individual aircraft routes and ground delays. Each of these factors can change in a moment, causing a ripple effect. A quantum computing system processes all of that information instantaneously, enabling air traffic controllers to adjust accordingly. This increase in efficiency could translate to fewer accidents, a drop in delays and lower costs for customers and all businesses in the supply chain. The same goes for industries that need to consider every possible outcome, such as finance, auto manufacturing and drug development.

A classical computer requires a specific amount of power to place each bit in its respective state. Massive data processing, therefore, requires an enormous electricity load; a single supercomputer can draw as much energy as a small town. Operating these high-speed machines is too expensive for any business without deep pockets. Quantum models use considerably less energy. That, combined with their exponentially higher processing capacity, makes them a wallet-friendly option for businesses.

Although quantum computers are still out of range for most businesses, they are rapidly becoming more accessible. By considering the potential benefits and adjusting your business plan accordingly, you can prepare your company to be an early adopter of quantum systems.

Image courtesy of cookie_cutter at FreeDigitalPhotos.net

Comments of the Week #175: From future technology to the cause of d...
blog post from ScienceBlogs - Where...