Can Sitting at Your Desk Shorten Your Life? 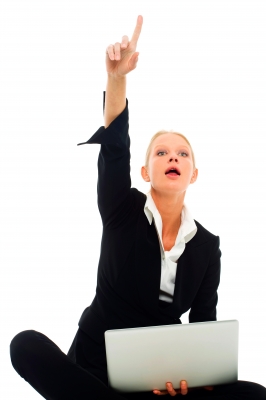 Thanks to the popularity of desk jobs and passive entertainment sources, many people devote more than half of their waking hours to sitting down. The very nature of administrative work promotes sitting over standing, whether it's waiting out traffic in your car or fielding calls as a receptionist. While it's easy to get stuck in a sedentary rut, nearly fifty years of research on physical inactivity supports the idea that sitting for long periods can have serious, and even fatal, implications for your health.

Although numerous health organizations have called attention to the link between sedentary behavior and chronic diseases such as diabetes and hypertension, many people are still unaware that the body of scientific evidence also suggests that sitting down all day can shave years off your lifespan. After examining data from over a dozen studies, researchers from the University of Leicester reported that sitting down all day nearly doubles the risk of a cardiovascular-related death. They also found that prolonged sitting elevated the risk of dying from all causes by 50 percent. Headed by Peter Katzmarzyk, one large study in Louisiana analyzed existing data on nearly two million people spanning multiple countries. The study reported that people who assumed a seated position for more than three hours each day had lower life expectancies—a difference of two years—than participants who spent less time sitting.

You may also want to reconsider your habits outside of the office. According to the same analysis, people who consume less than two hours of television each day increased their life expectancy by 1.4 years. To add to the compelling chorus of studies, researchers in Australia looked at the sitting habits of aging adults. Participants who spent the bulk of their days—eleven or more hours—sitting down were 40 percent more likely to die in the next couple of years.

According to Katzmarzyk, sitting may be its own risk factor, meaning that adjusting other habits, such as by eating better or exercising more, won't necessarily change the outcome. If his assertion holds true, you'll need to take proactive measures to reduce the time you spend sitting down. Typical administrative duties include taking phone calls, filing paperwork, and entering data into your computer. Sitting down may be your first instinct, but try to resist the temptation to settle down in a cushy chair. Much of your work can be accomplished while standing, and break time also gives you the opportunity to grab a glass of water and stretch your legs.

Don't let your administrative job adversely affect your health. Taking the initiative to replace sitting down with standing up may improve your overall health and make it easier to enjoy every aspect of your work.