Can Your Employer Make Vaccines Mandatory? 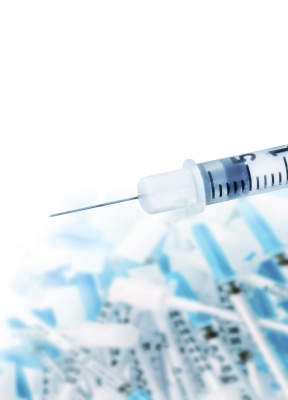 Recent cases of virulent diseases such as Ebola in West Africa and measles in southern California have started a debate about mandatory vaccinations for employees. The outbreak in California, linked to Disneyland's theme park in Anaheim, also spurred discussions about vaccine refusal by parents of young children.

More than 100 people developed measles after exposure at the theme park. After the outbreak occurred, Disney offered to vaccinate all 27,000 of the park's employees for free, but the company did not require mandatory vaccinations for exposed workers. Immunity screenings and tests were also part of the contingency plan. A very small number of employees tested positive for measles, and all were cleared to return to work.

One major question remains for large companies: Can an employer require employees to be immunized? Federal laws stipulate some employees have rights to refuse some medical procedures. Companies should prepare for exemptions, or even litigation, if an employee refuses mandatory vaccinations on religious or medical grounds.

One of the most common types of mandatory vaccinations includes statutes in Maryland and New York where certain health care workers must be immunized. However, some of those people can refuse the vaccine under Title VII or the Americans with Disabilities Act. Title VII of the Civil Rights Act of 1964 refers to discrimination based on religion. The ADA covers people who undergo medical treatments, such as chemotherapy for cancer, and whose life may be endangered by getting a vaccine while having another procedure.

Businesses that have mandatory vaccinations must have plausible reasons for doing so. Industries involving health care workers or people with regular exposure to sick people seem to have a good case for requiring immunization. Nursing home workers, day care centers, school districts and hospitals may look into requirements for immunizations for employees with very little dissent.

Vaccine refusal by parents for their children has become more prevalent due to anti-vaccination movements that espouse the faulty idea that vaccines for young children can cause later disorders such as autism. Measles, whooping cough, chicken pox and mumps may spread more readily when children are not immunized against these preventable diseases.

Most people do not have adverse reactions to vaccinations. Refusing a required immunization at work can lead to dismissal or termination in certain sectors of the economy, especially health care. Vaccination policies for companies cannot discriminate, and specific outlines should be made known to each employee as to when, and if, a vaccine is required.

Mandatory vaccinations by employers can take a conservative or liberal approach. Voluntary immunizations represent the tactic Disney took in southern California. Other companies may be more stringent in order to protect employees, clients, customers and travelers. Specific policies should come from leadership and HR managers with employee input.