Cancer and Heart Attack Detecting Pill Being Developed by Google 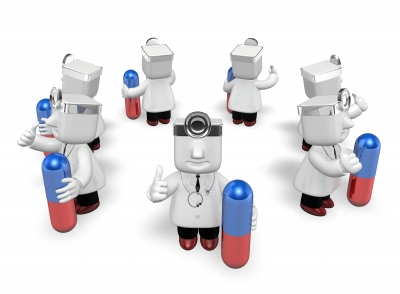 Search engine giant Google has announced that they are looking to utilize nanotechnology to develop a cancer-detecting pill that would give doctors a peek inside the human body. The pill would relay information that could help preempt heart attacks and encourage early diagnosis of cancers, potentially saving many lives and completely changing the future of health care.

Google has announced the plans for the nanoparticle pill in an effort to find partners to help move the project forward. The use of nanotechnology is a fairly new concept, and it would need to be carefully monitored to prevent dangerous side effects from a build up of nanoparticles in the human body, but the cancer-detecting pill would help doctors move from a reactive position when treating patient illnesses to a preemptive one, catching diseases before they become seriously problematic.

According to Andrew Conrad, head of life sciences at Google's research lab, the cancer-detecting pill would allow doctors to send nanoparticles that have been coated with antibodies or proteins attached, which would detect any biomarkers that indicate diseases such as cancer or the presence of signs of an imminent heart attack.

The patient swallows a small pill, then doctors "call" the nanoparticles to a point on the body, possibly through the use of a piece of wearable technology. The suggested device, a wrist-worn smartwatch, would then relay findings to doctors and other medical professionals and allow them to potentially prevent diseases from becoming too serious to treat effectively.

Nanotechnology is still very new, and the cancer-detecting pill is likely to be several years away from being available to the public, but its potential has doctors and patients hopeful. Currently, early detection is noted as being one of the most important factors in a successful outcome for treating cancers. Heart attacks are often preceded by the presence of plaque in the blood that could be detected by Google's nano pill.

By focusing on technology that helps doctors preempt disease rather than react to it, Google and other medical technology innovators are helping to solve future health-care problems before they become unmanageable. Their cancer-detecting pill would help doctors better meet the needs of patients and potentially keep the cost of health care down while doing so. Early detection of diseases such as cancer and heart disease would also improve the likelihood of a successful outcome for the patient.

Although a cancer-detecting pill seems like something from a sci-fi story, the technology is real and looks promising. Ever on the edge of the latest in technology, Google is poised to initiate great changes in the way that doctors treat patients. If the cancer-detecting pill works as well as anticipated, it could make the future of health care very bright.