Cases of Dementia are Rising 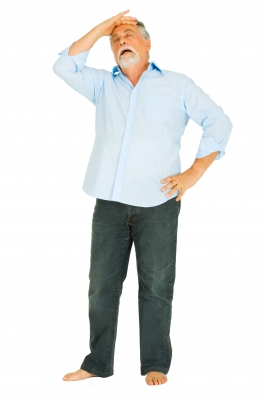 According to Alzheimer's Disease International, 44 million people worldwide suffer from dementia. Some experts believe diagnoses for the disease are on the rise, which is likely to put strain on those who provide dementia care. Healthcare providers and patients won't be the only ones impacted by rising dementia cases—dementia treatment often requires a support structure and can be financially and emotionally draining to friends and family.

Since dementia refers to a wide range of cognitive and memory symptoms, statistics about whether the condition is on the rise vary from group to group. In early 2012, the World Health Organization (WHO) reported that the number of individuals living with dementia symptoms would double between 2010 and 2030. WHO estimated that the global cost of dementia care in 2012 was around $604 billion, and individual costs were driving many families into poverty. According to WHO, the cost of dementia care was expected to rise at a faster rate than the growing number of dementia cases.

Dementia statistics were revisited again in late 2013 in time for a G8 summit on the subject. At that time, Alzheimer Disease International said it expected dementia cases to total 135 million globally by 2050. That would represent an increase of 300 percent in about thirty-six years. The organization said that the balance of dementia cases will shift over those years, resulting in 71 percent of cases occurring in middle-income to poor nations. Because of the rising costs associated with dementia care and the overall strain many predict will impact global healthcare in the coming years, Alzheimer Disease International considers dementia a global epidemic, and the organization is not alone in this determination. UK Alzheimer's Society chief executive Jeremy Hughes called dementia one of the largest social and healthcare challenges for the current generation.

Not everyone agrees with the numbers being published by WHO and Alzheimer Disease International. Dallas Anderson, an expert on dementia rates and a doctor at the National Institute on Aging, says that statistics on the condition are complicated. An article in the "New England Journal of Medicine" states that a more educated population and better care in old age will reduce the growth of dementia numbers, causing future cases to fall short of the expectations published by WHO and other organizations. Dr. Anderson says this may be true, and though dementia numbers are still likely to increase at some rate in the future, delaying dementia in old age can benefit society and patients. Patients will experience the negative impact of dementia for less of their lives, and a reduction in dementia time means lowered costs and less effort for dementia care.

Regardless of statistics, healthcare professionals know that dementia treatment can be difficult for all involved. Identifying issues early, educating patients early in life, and encouraging healthy lifestyles can reduce the burden of dementia care on families as loved ones age.

The Problem With the March for Science
news via Slate Articles

There’s an Easy Test We Could Use to Assess Older Politicians’ Cogn...
news via Slate Articles

Are You at Risk of Alzheimer’s?
news via Slate Articles