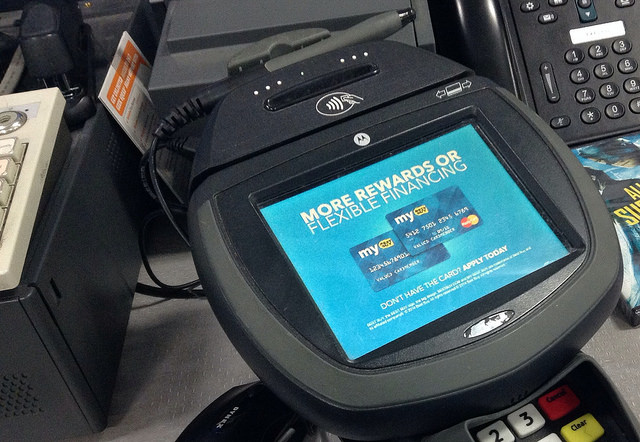 Cashless payments in the United Kingdom have overtaken cash-based transactions as the preferred method for consumers to purchase items. This first occurred in July 2014, according to Britain's Payments Council. The industry group warns retailers that do not accept electronic payments do so to their own detriment.

The total number of cash payments made by British consumers fell to 48 percent in 2014, as compared to 52 percent in 2013. If the trend continues, even more consumers in the United Kingdom should adopt cashless payments moving forward. As many as 10 percent of Brits do not carry cash with them at all, making electronic payments even more vital to businesses, since one in every 10 customers may leave a store if plastic is not an option.

A study by Worldpay UK discovered that up to 60 percent of people ages 25 to 34, a key economic demographic, prefer not to carry cash at all. Reasons vary from convenience and speed of payments to added security. Cashless payments help consumers buy things online and make quick purchases in a store. Busy consumers do not want to spend extra time fishing for coins in pockets or counting currency in a wallet.

New forms of payment have become the norm for younger consumers, and companies should follow the trends or soon risk losing their client base. Cashless payments made with credit and debit cards increased 6 percent in 2014, while payments made by cash have declined 14 percent from 2010 to 2015 across the United Kingdom.

Expectations of younger consumers stay high. As many as 20 percent of British spenders ages 18 to 25 believe shops may stop accepting cash within five years. A total of 42 percent of consumers believe retailers shall cease taking cash within 20 years.

These sentiments regarding a cashless society follow similar trends in Denmark. The Danish parliament unveiled a plan to repeal laws that require retailers to accept cash as forms of payment. Some proposals include making electronic methods the sole method of payment at gas stations, restaurants and clothing retailers by January 2016.

Danish spending trends are even more pronounced than in Britain. A whopping 84.2 percent of transactions in Denmark came from credit or debit cards. Ireland has an even greater rate of electronic transactions, but neither Ireland nor Denmark have the same economic clout as the United Kingdom.

British retailers should note the progressive movements in retail occurring in nearby countries. Cashless payments reveal this trend could shape the retail industry for several decades, as consumers want easier ways to pay for things that do not involve more traditional methods.