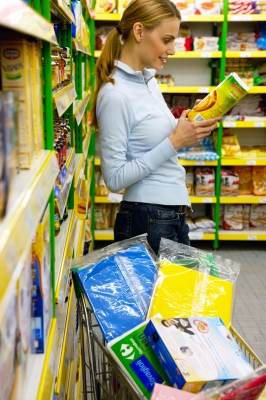 For the past several years, cheap retail has been one of the top industry trends largely due to the tough economic times that followed the recession of 2008. As the economy begins to gain strength, however, cheap retail stores are not posting corresponding sales increases. For many stores, the future is uncertain.

After the 2008 recession, cheap retail had its moment in the sun. Faced with a tough job market and economic instability, many consumers became more budget conscious. In search of lower prices, they headed to stores like Family Dollar and Walmart. Stores like Target began to post lower sales as typical middle-class customers felt the financial strain. New businesses opened, hoping to capitalize on the need for budget shopping options.

Things began to change in late 2012, when the economy started to show signs of growth. Middle-class shoppers responded to increased financial stability by taking up their old shopping habits. They spent more freely and moved back to chains like Target and Sears. Companies like Apple and Lululemon Athletica grew while others struggled.

Low-income consumers did not respond in the same way. Even with the economic upturn, they have continued to shop conservatively due in part to flat wages and reduced governmental support. While higher-income consumers move away from cheap retail stores, low-income families are not filling the gap, leaving retailers struggling.

Making the situation worse is the high level of competition in the low-cost retail market. The businesses that opened during the recession are taking market share away from established outlets like Walmart. With fewer customers, many stores are facing significant decreases in sales. In early July 2014, Family Dollar reported an alarming profit margin drop of 33 percent.

In response to changing consumer demand, many cheap retail outlets are changing their business strategies. Faced with low sales, Walmart opened a number of smaller "neighborhood" stores. In late July 2014, Dollar Tree announced that it would be buying Family Dollar. When complete, the sale will create the largest low-cost retail company in the United States. By offering more products and more locations, the merged company hopes to be more competitive with retail giants like Walmart.

As economic conditions continue to improve, discount stores are also starting to focus on consumer needs. Walmart, which did away with low-end basic products and the "low-cost" marketing focus, has brought back both. In the case of the Dollar Tree/Family Dollar merger, two different strategies are at play. All of Dollar Tree's products cost $1 or less; suburban stores are aimed at lower-middle class families. Family Dollar targets mainly low-income families. As the stores are brought together under the same umbrella, company executives are expected to make changes to spur sales.

For the foreseeable future, the fate of many cheap retail stores remains uncertain. Until low-income shoppers have higher wages and greater financial stability, profit margins are expected to stay low.

5 Money Diaries From 25-Year-Old Women In The U.S.
news via Refinery29
10 Value Stocks to Keep on Your Short List
news via Yahoo Finance