Check Out These Tech Predictions for the Trump Years 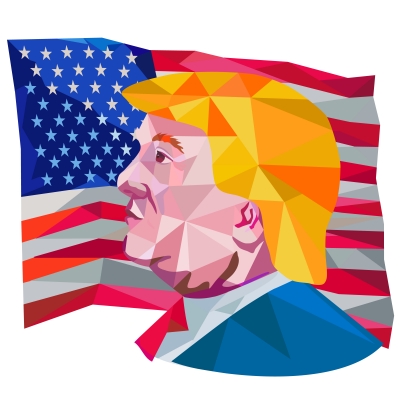 The unexpected election of Donald Trump as U.S. president has left everyone wondering what's next. Some major cultural and economic shifts are to be expected, but a few other changes may be in store that could hit home for many consumers: those involving technology. Mobile analyst Sascha Segan of PCMag has made six major tech predictions for Trump's run as president.

News articles and other political content posted on Facebook played a large part in the 2016 presidential race. This has transformed the social media platform from a place for friends and family to connect to a conflict-filled debate center. Meanwhile, the financially unstable Twitter, though a preferred communication outlet of Donald Trump himself, presents the same problem. Consumers may find themselves moving to less negative social media outlets in the coming years.

2. Alternative Energy May Be in Danger

Segan also notes that Donald Trump's anti-green energy stance and campaign promise to bring back fossil fuel jobs spells bad news for alternative energy. Companies such as Tesla and Hyperloop, alongside solar energy, are unlikely to make much progress over the next four years due to cheap fossil fuels.

3. Merging of T-Mobile and Sprint

While the Obama administration has curbed the merging of these two wireless service giants, Segan predicts that Donald Trump may give the go-ahead for the merger as early as January. The assumption that a Republican leader would approve the merger has even lead to Sprint's stocks skyrocketing post-election, but consumers should remember that Trump was against the merging of AT&T and Time Warner. Whether the president-elect is ready to spark the end of competitive wireless pricing with the merger is still somewhat uncertain.

Thanks to the Republican dislike of municipal broadband, along with a few other factors, Segan predicts that the release of Verizon 5G in 2017 can mean big things. Wins in spectrum auctions may make the service the newest major broadband competitor in the market.

Apple's manufacturing practices in China aren't likely to change, but Donald Trump's displeasure with this type of off-shore manufacturing may mean new tariffs, and end consumers will pay the price. Apple products are likely to get more expensive, claims Segan. Other Chinese companies, including LeEco and Huawei, are likely to suffer as well.

6. The Uncertain Future of Net Neutrality

While Donald Trump is against media consolidation, he has also attacked net neutrality, believing that it singles out conservative media. Judging from this, the tech world can't quite decide whether Trump's presidency means the rise or demise of net neutrality.

These tech predictions for the Donald Trump years can mean some big changes for consumers. Expecting this shifting of services and prices is an important step in being ready for anything this upcoming presidential term.