Check Out the Top Ten Predictions for the Year 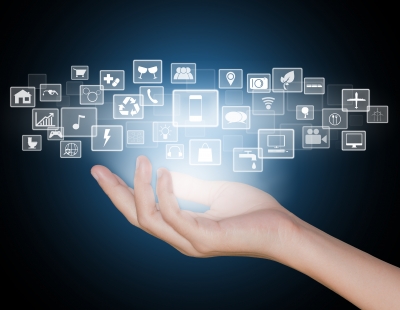 Politically, culturally and economically, trying to forecast the fate of 2017 brings about more questions than answers. The election of Donald Trump as President of the United States has left many wondering what's in store, as the effects are sure to reach unexpected places. Check out the top 10 predictions for the technology sector to find out what developments and shifts might come down the pike in the coming year.

1. A Decrease in Mobile App Popularity

Those in the technology sector expect the installation rates of mobile apps to slow in 2017. Instead, services such as Spotify and Netflix may see surges in subscriptions.

3. A Decrease in Social Media Use

While Donald Trump favors the use of Twitter, some predict that Internet users may move to less negative social media outlets in 2017, shifting the focus back to connecting with friends and family.

Gaming applications may be all the rage in the audio reality and virtual reality universe, but experts in the technology sector expect a surge in the popularity of non-gaming apps, including those for travel and education.

5. An Increased Focus on Non-Tech Fields

Most top executives in the technology sector have concerns about the impact of a Trump presidency, as the new administration is sure to lead to a shift in focus. Some predict tech companies may begin to explore non-technology fields such as agriculture or construction.

6. A Sprint and T-Mobile Merger

Although President Obama put the brakes on a merger between Sprint and T-Mobile, many expect Trump to give his blessing to a marriage between the wireless service providers shortly after he's sworn in as president.

Due to the increasing popularity of virtual reality and augmented reality products, experts predict that 2017 could bring a decline for the demand of wearables such as smartwatches.

8. A Rise in Apple Prices

Donald Trump has made his thoughts on off-shore manufacturing clear, so new tariffs are likely. That means companies such as Apple, which relies on China for manufacturing, must pass the higher price tags on to consumers.

9. A Renewed Focus on Assisted Driving

One thing 2016 proved was that autonomous driving is a few years off, so the technology sector might focus a bit harder on assisted driving, refining such features as crash avoidance and automatic braking.

10. The Downfall of Alternative Energy

Many have hypothesized what a Donald Trump presidency could mean for the United States culturally and politically, but how much thought has been given to the impact Trump's term could have on the technology sector? These top 10 predictions may shed some light on what's in store for the immediate future of tech.

Photo courtesy of blackzheep at FreeDigitalPhotos.net