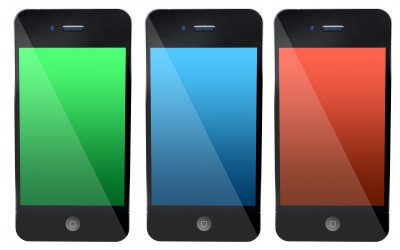 In October of 2014, a number of Chinese iCloud accounts came under attack from an unexpected hacker — the Chinese government. Allegedly, government officials captured users' login details through a "man-in-the-middle" scheme. The incident is the latest in a string of iCloud-hacking events that have put Apple users on edge.

The China hacks were reported by GreatFire.org, a Chinese watch group that monitors the activity of the country's government. The group, which focuses on government censorship, reported that Chinese hackers were rerouting login information for iCloud accounts and capturing the sensitive information as it traveled between user and Apple servers. The hackers used a self-signed certificate to trick the browsers into believing that the log-in page was secure. The hack was spotted by Chinese Internet users who noticed unusual error messages in their browsers. The news spread quickly through the online community via message boards and forums.

Given the history of rampant Internet censorship in China, citizens of that country and people around the world have reacted with doubt to the government's announcement. With the existing distrust between Chinese citizens and their government, the iCloud hack is likely to increase tension. Media outlets are also predicting increased strife between the American and Chinese governments, who have long suspected each other of using technology for spying.

The wide-ranging scope of the Chinese iCloud attacks suggests that the hackers had an existing system in place. Although specific numbers have not been released, early reports indicate that the China hacks were not limited to small groups. GreatFire.org also suggested that China's major telecom providers may have played a role in allowing access to iCloud accounts for the hackers.

In the wake of the attack, Apple has confirmed that their iCloud servers were not compromised in any way. Instead of targeting the data stored on Apple's heavily protected systems, the hackers targeted users with the same end result. The company, which has already faced concerns with privacy in the healthcare sector, has reassured iCloud users that their accounts are safe.

The hacking incident is the latest in a series of problems for iCloud users, who are expressing concern about data security. Earlier in 2014, graphic pictures were stolen from celebrity iCloud accounts and released on the Internet. This situation caused additional problems for Apple, which already has a rocky relationship with China.

As details about the compromised iCloud accounts continue to emerge, Chinese users are exhibiting caution when logging in to their accounts. For Apple, the United States and the Chinese government, the situation highlights the importance of cloud security.