Chronicle Of A Hospitality Career Foretold In The Gulf Of Mexico 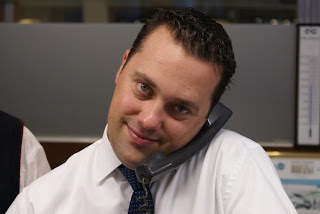 Hospitality careers are changing rapidly as many staff find that internal pressures to improve customer service through social media are joining with external pressures like the oil spill in the Gulf of Mexico to create a new complexion for workers in the sector.

But like the characters in the Gabriel Garcia Marquez novel "Chronicle of a Death Foretold," an inability to adapt to new circumstances could be a serious problem. After all, in an industry dependent on the whims of vacationers, perception and the ability to create it is key.

Florida hoteliers are wondering when the money is going to come in from the relief fund set up by British Petroleum in the wake of tar balls washing up on the beaches as far away as Pensacola thanks to a rig explosion in April. They've even considered legal redress since they are unenthusiastic about their prospects otherwise.

But with the advent of a heavy focus on social media, this could be the perfect opportunity for a hospitality worker to create a campaign that focuses on setting the record straight about the pristine environment at most beaches in the region. Other opportunities in hospitality jobs are also growing.

Positive Trends Are Worth Noting

Room revenues and occupancy percentages are up in the Gulf Coast, a trend that is welcome from an area hit hard by Hurricane Katrina in 2005 and more recently by the public relations nightmare that was the recent oil spill.

In fact, major hotel companies are reporting that visitor levels are close to their pre-Katrina levels, according to the Washington Post, about seven million each year compared to 10 million before the hurricane. The image of New Orleans as a place for young professionals to start out is helping, and so to are major cultural events that have returned.

The Chronicle Of Hospitality Foretold

Back to the original point, we find that people who are looking at the hospitality industry as one beset by issues like those faced by hoteliers may have difficulty in getting a job.

The sector rewards those who can solve problems on the fly, and hospitality careers are there for those willing to answer the questions their prospective bosses are asking, rather than imagining a pre-2005 world that doesn't gibe with recent developments in regions across the United States.