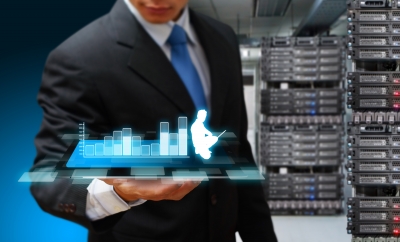 As technology pushes the Internet into every aspect of daily life, broadband speeds are a growing concern. The infrastructure used by the majority of cities in the United States is rapidly becoming outdated, and experts worry that current Internet speeds will soon be unable to support consumer demand. Some cities are taking matters into their own hands by looking into opportunities for next-generation Internet service.

The United States once led the world in Internet speeds and infrastructure. Now, however, it has fallen behind many countries. As of November 2014, the United States ranks 26 in the world on the Ookla Net Index with an average speed of 31.78 Mbps. Hong Kong, which occupies the top spot on the index, has a staggering average speed of 97.90 Mbps — more than three times faster. The American government has reacted with concern, issuing challenges to ISPs to upgrade Internet service in all 50 states.

Fast Internet facilitates everything from effective communication to increased competitiveness in the business realm. Cities with the fastest networks are more attractive to businesses and institutions that bring more money into the community. Without high-speed Internet, many communities will struggle to develop new business relationships that create much-needed jobs.

One of the most important steps in the updating process is creating spaces for new fiber-optic cables that can transmit data at faster rates. Cities that are serious about upgrading to faster Internet speeds often use a "dig once" policy that takes advantage of other projects, such as sewer upgrades. While they dig for the first project, city technicians also install fiber cable conduit. Later, ISPs can lease the conduit to run cables. Government officials are also making their communities ready for upgraded Internet by allowing ISPs access to existing utility poles. Other cities, including Louisville, Kentucky, are taking matters entirely into their own hands by installing a complete infrastructure and treating it like any other major utility.

Government regulations play a significant part in the installation of a fiber-optic Internet network. Because ISPs will need to install network structures, the process requires construction activity. Cities that are serious about faster Internet speeds are examining and streamlining the the construction permit process to ensure that it is clear and simple for incoming Internet providers. Google Fiber, for example, requires that construction permits be valid for 180 days and that the permit applications be accepted or denied in 10 days or less.

As high-visibility projects like Google Fiber gain traction, other ISPs are jumping on board with fiber offerings and faster Internet speeds of their own. For cities that are updating their infrastructures, the process of connecting to better broadband systems will be faster and less expensive.

Photo courtesy of watcharakun at FreeDigitalPhotos.net

Onward to 5G, 6G, and Beyond
news via Design News
The FCC is actively working against consumers
news via Yahoo News - Latest...
Former Commish Michael Copps: 'Maybe The Worst FCC I've Ever Seen'
news via Business - The...