Clawbacks Can Lead to Accounting Gimmicks 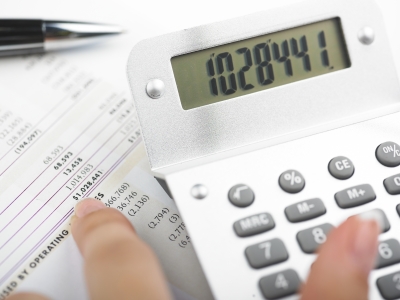 On May 2014, SAC Capital Advisors, a hedge fund management firm owned by Stephen A. Cohen, announced sweeping changes to its internal compliance procedures. Among the most notable of these changes was the introduction of the so-called clawback provisions in employee contracts. These are rules designed to prevent duplicitous accounting gimmicks. However, according to Michael Cohn of Accounting Today, clawback provisions may be inadvertently fueling a different form of accounting fraud.

Clawback provisions are part of the plethora of requirements mandated by the Dodd-Frank Wall Street Reform and Consumer Protection Act, popularly known as the Dodd-Frank Act, which was passed by Congress in 2010. Section 954 of the law requires publicly listed firms to recover money from employees that's earned as a result of illegal activities. In addition, the law allows such firms to stop pending payments and institute civil proceedings to recover past payments even in cases where existing contracts make no provision for such action.

The study focused on financial reports from a sample of companies drawn from the Russell 3000 index composed of the largest firms in the United States. Part of the 236-strong sample was composed of companies that adopted clawback provisions five years prior to the enactment of the Dodd-Frank, while the other part was made up of analogous non-adopters. Researchers compared changes in accruals management and real transactions management in both sets of companies.

Researchers discovered that fraudulent accruals management, the type of accounting scam that clawback provisions are designed to prevent, declined in firms that adopted the regulation. In contrast, there were no changes in non-adopting companies. However, adopters experienced another problem — significant alterations in real transactions management. These changes caused suspicious reductions in discretionary expenses, a category that includes money spent on advertising and research, and cash flow from operations. The net effect of this manipulation was a short-term spike in earnings, a similar result to that previously achieved through fraudulent accruals management.

According to the researchers, the problem seems largely confined to two categories of firms; those with frequently changing ownership and firms with the potential to grow quickly. Fraudulent real transaction management in the first category of firms, the study discovered, are fueled by investors primarily interested in earnings stability and short-term returns. This encourages managers to exploit accounting gimmicks to inflate short-term earnings. Firms in the second category tend to rely on stock options when compensating managers, and their stock price is likely to fall sharply if earnings forecasts are missed, creating an incentive for managers to manipulate accounts.

While clawback provisions are increasingly exploited by companies such as Goldman Sachs and JP Morgan to pursue rogue employees, research has shown that they are not foolproof. Investors and regulators should therefore pay close attention to real transactions management and note any suspicious reductions in research, advertising and other discretionary expenses.

Photo courtesy of Adamr at FreeDigitalPhotos.net