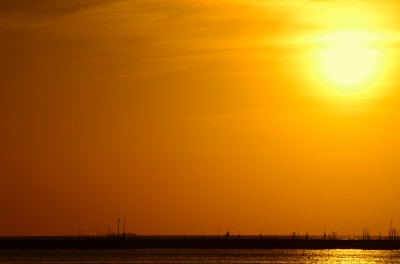 Climate engineering is perhaps one of the most unfairly maligned geophysicist jobs in science. Although it could offer solutions to climate change, it is also fraught with risk, and that risk could well end life on Earth as we know it. However, in an age where meteorological forecasts have roughly doubled in accuracy and we understand more than ever before about how the world's climate systems work, is it being unfairly ignored?

Perhaps the biggest problem with climate engineering is that it appears so fantastic. Scientists and engineers are typically skeptical of magic-bullet approaches—and for good reason. Long experience and hundreds— if not thousands—of journal articles chronicle the follies of those who pursue one-stop grand solutions, and it seems to many that climate engineers often claim that. But that's not the only reason.

In 1991, Mt. Pinatubo in the Philippines exploded and sent up millions of tons of ash and sulfur particles. These particles had a catastrophic effect on the climate, possibly being responsible for some of the worst droughts in Africa in 1993 and massive flooding along the Mississippi River. Effectively, they formed a reflective blanket, reducing light coming into the Earth by up to 10 percent.

And this, some claim, is similar to what climate engineers want to do. Grand schemes involving space mirrors and aerosol blankets have massive effects on the world's ecosystems, and no one can forecast what they'll do to the world's climate and local weather patterns.

However, climate engineering is much more complex, and this is what few people grasp. The mass removal of carbon dioxide from the Earth is a priority, and it's climate engineers—along with chemists and chemical engineers—who are leading the charge against what "Forbes" describes as the biggest long-term management problem facing business. These engineers are working on solutions to capture carbon from the air and to store it safely or even convert it to elemental carbon. This could involve genetically engineering algae to safely absorb carbon dioxide and then sink, trapping it at the bottom of the oceans. It could mean creating biochar plants that convert local fuels into charcoal. It could even mean mechanically separating carbon dioxide from the air itself and then storing it safely—although this one is very risky.

Unfortunately, climate engineering has existed on the fringes of academia for too long, and it has been beset by people who have grandiose yet impractical plans—or, in some cases, almost practical plans that could have intense and violent effects on the atmosphere, possibly killing billions of people. While reputable scientists fight for visibility with incremental plans, those who want to risk everything on the equivalent of a high card in poker to fight climate change will continue to drag the profession down.

Eva Longoria: This Is Why We Need More Latinas In STEM
news via Refinery29
The 'Nerd For Science' Challenging The Biggest Climate Denier In Co...
news via Politics - The...
Brazil Fires Burn World's Largest Tropical Wetlands at 'Unprecedent...
news via Yahoo News - Latest...