Closer to a Cure for Pancreatic Cancer 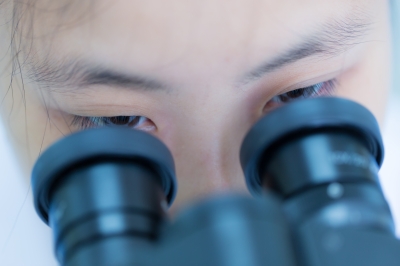 Pancreatic cancer can remain undetectable until it has reached a late stage. After that time, surgical interventions are often not helpful, and the five-year survival rate for people diagnosed with the disease is less than five percent. However, the authors of a new study believe their findings may help healthcare workers identify individuals who are at a high risk of getting diagnosed with this type of cancer.

Pancreatic cancer cases make up only three percent of all cancer diagnoses in the United States. However, over the last decade, diagnosis rates have been rising. Also, although only 10 to 20 percent of patients opt to undergo resection surgery, 80 percent of those still die after treatment. For these reasons and others, it's crucial that ongoing research continue so treatments can be more successful, and cancer cases might get diagnosed sooner.

Early detection is crucial, and people may be more likely to see their doctors regularly thanks to the improved health insurance coverage provided by Affordable Care Act. Millions of individuals have signed up to receive health insurance under it since the enrollment period opened. This effect could also create more job security for healthcare workers, since a greater number of people are able to seek medical screenings and treatments after getting insured.

Getting regular checkups may help people avoid finding out they have latter-stage cancer. Experts previously realized some cases of pancreatic cancer seem to be hereditary. It's still largely a mystery which genes cause a person to have a heredity predisposition. However, recent cancer research suggests there is a one to two decade period from the time a genetic mutation causes the cancer to begin and when it progresses to an advanced stage. That timeframe increases the potential for successful interventions as long as the cancer is detected quickly.

Being aware of family history may also help with faster detection and more effective treatments. A physician named Andrew Blankin from the University of Glasgow in Scotland worked with his colleagues to evaluate the family histories of 766 people who had been diagnosed with pancreatic cancer. Of that group, approximately nine percent had first-degree relatives who also had the disease. Researchers also discovered other types of cancers such as melanoma and endometrial cancer were more likely to occur in those familial groups.

Furthermore, lifestyle habits may play a role in the timing in frequency of diagnoses. The researchers in the University of Glasgow study found a link between people who were active smokers and getting diagnosed with pancreatic cancer at significantly younger ages than non-smoking peers.

Dr. Blankin says his team's findings suggest genes that are inherited from parents could play important roles in whether a person is diagnosed with pancreatic cancer. It remains difficult to diagnose because early tumors usually cannot be felt during physical exams, and symptoms do not become evident until later. However, this recent pancreatic cancer research seems promising for helping scientists know where to focus their efforts while looking for a cure.

Photo courtesy of Photokanok at FreeDigitalPhotos.net