Common Labor Law Myths Dispelled, and Why Being a Jerk is Legal 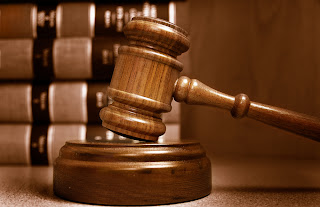 At almost any workplace there are always people who are upset about the way they are being treated and others who say that the behavior is against the law and even suggest that suing the company would be the right way to handle it.
Of course, suing a company for frivolous reasons isn't a good idea. Not only will it probably be thrown out of court, the allegations could come back to haunt you the next time you look for a job. I'm not saying that employers never violate the law. They do, and when they do, they need to be held accountable. However, the truth is that many people don't really understand the laws in their state and there are a few myths that most employees believe that aren't actually true.
Here are a few of the most common labor law myths:
Before you start consulting a lawyer about the possibility of suing your employer, just make sure that the behavior is against the law. Just because it isn't fair doesn't mean that it isn't legal.
Of course, if you are a member of a Labor Union, there may be rules in place that provide you additional protections based on your contract. If this is the case, you should consult a copy of the contract or your union representative.
Have you ever wanted to sue an employer? Did this list surprise you? Let me know in the comments.
By Melissa Kennedy- Melissa is a 9 year blog veteran and a freelance writer for LogisticsJobsiteBlog, along with helping others find the job of their dreams, she enjoys computer geekery, raising a teenager, supporting her local library, writing about herself in the third person and working on her next novel.

What Does Labor Day Have To Do With Unions? You'd Be Surprised!
article posted by Staff Editor