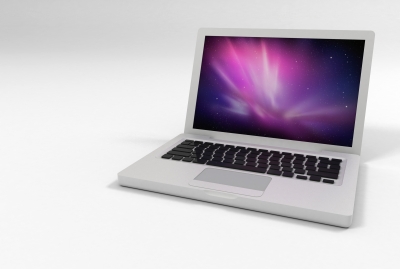 After a decline in brick-and-mortar sales, Apple’s retail division is attempting to make a recovery, and the technology giant’s competitors are taking notice. Despite flagging consumer demand for Apple products, the retailer maintains impressive sales numbers, something its competitors want to emulate. As the Apple retail division begins rolling out a multi-year revival plan, all eyes are on Apple and retail chief Angela Ahrendts to see if she earns her reported $68 million payday.

Part of Apple’s retail revitalization project includes the acquisition of Beats Electronics in May 2014 for $3 billion and a seven-to-one stock split designed to assist in renewing investor interest in the company. Apple has also announced plans to release iOS 8, an update to the company’s operating system. Improvements planned for the iOS 8 software include the allowance of app extensions, a first for Apple, that allows Apple apps to communicate with third party apps. In addition to releasing the IPhone 6 near the end of 2014, Apple’s retail division is also planning the launch of the iWatch, the company’s first new product line since the release of the iPad in 2010.

Apple Stores have suffered in previous years without the presence of a retail chief. When Ron Johnson stepped down as leader of the Apple retail division in 2011, he was replaced for six months by John Browett. Under Browett, Apple Stores faced a decreasing morale among employees and flagging sales. After Browett was fired in October 2012, Apple completed a year-long search for a new retail guru before settling on former Burberry CEO Angela Ahrendts. During her time at Burberry, Ahrendts transformed the brand’s technological presence by developing close partnerships with Google and Apple. At Burberry, Ahrendts took advantage of the power of technology to push brand marketing and merchandising, increasing the company’s retail revenue. Now that she’s transitioned into the position of Apple’s senior vice president of retail, Ahrendts is expected to produce the same results for the Apple Stores, giving the brick-and-mortar retail experience a much-needed reboot while still maintaining the extremely high standards for customer service and experience insisted upon by Apple entrepreneur Steve Jobs.

Retailers who do not meaningfully change the in-store experience for consumers risk losing customers, despite the fierce loyalty that Apple’s products inspire. Ahrendts is expected to bring the same talent and ambition that breathed new life into the Burberry brand to Apple, a retailer that averages more than six times the revenue of Burberry and has over 30,000 employees globally. Apple Stores average sales of approximately $6,000 per square foot, an enviable amount, particularly when the next closest earner is Tiffany & Co. with sales averaging half of Apple’s.

Apple’s retail competition is already taking note of the changes Ahrendts is planning to implement over a period of several years. Competitors have been striving for years to match the retail success enjoyed by Apple. As the brand begins the process of increasing the profitability of its retail locations, competitors are waiting to see which of Ahrendts’s tactics pan out before attempting to follow in the technology giant’s footsteps.