Computers That Teach By Example 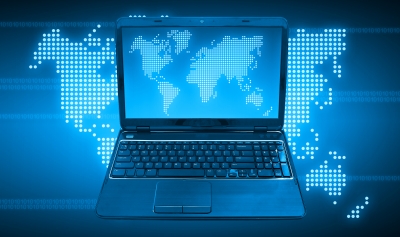 A new algorithm developed by a team at MIT may revolutionize the way computers and humans learn together to solve problems. This algorithm, a special computer program that improves upon itself the more it runs, creates a teaching computer that leads by example. This type of program has applications in education, statistics, engineering and more.

The MIT team found a way for computers to classify information that is more helpful to humans. Rather than take a slew of raw data and find patterns, the new algorithm compares similar sets of important data found elsewhere to draw conclusions. For instance, if this computer program is fed data entries for "jurisprudence," "deposition" and "witness," the computer concludes the common concept is law because it compares these three terms to ones already listed in a legal dictionary.

After finding commonalities, the MIT algorithm attempts to simplify data to a representative set of terms humans would find interesting, rather than listing the most common terms that show up in the database. In the aforementioned legal example, this computer program may show a human subject the 10 most interesting legal words found in the set of data. The human can view these words and conclude the most likely commonality among the terms has something to do with law.

The point of the research is to improve how humans make decisions while recognizing patterns. Researchers took ingredients from recipes such as chili, pasta and brownies and then fed the raw ingredients into two types the algorithms — the new one and a traditional program. These programs also kept these lists organized into what foods had particular ingredients for a comparison. The new computer program created a representative list of popular ingredients, whereas the traditional algorithm created a list based on popularity of ingredients.

MIT's new computer program advances automated processes and may improve the decision-making abilities of both humans and computers. In addition to featuring better learning techniques, this software could mark one of the many logical steps towards creating machines with artificial intelligence constructs.