Construction Begins on US Lexus Plant 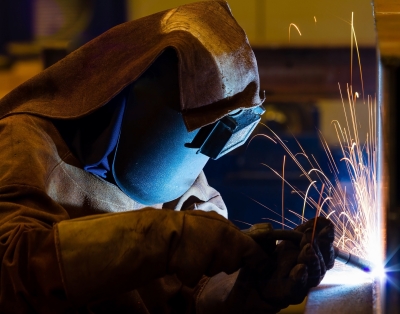 The United States manufacturing industry has seen quite an uptick over the last several months. This is due in part to lowered energy costs and some fairly substantial tax incentives for bringing back previously outsourced jobs. An even bigger uptick is on the horizon as Lexus USA has begun constructing the assembly line that will build its ES 350 sedan.

The initial Lexus news was announced in April 2013, when Toyota, which owns and operates the Lexus brand, announced that it would expand its current Kentucky plant to build the ES 350. The sedan becomes the first luxury vehicle to be built in the US by Lexus, although Toyota already builds the luxury Avalon and Avalon Hybrid at the same Kentucky plant. In addition, the current assembly line also builds the Camry, Camry Hybrid, and Venza models. The Lexus USA assembly line so far will only build the standard gas-powered ES 350, though hybrids and other models are a possibility in the future.

The ES 350 has seen a huge surge in sales in the United States, which is part of the reason why Toyota was keen on investing in a new assembly line to produce it locally. Sales of the model in 2013 were 30 percent higher than in 2012, with a total of 72,581 units leaving Lexus USA lots. These figures, combined with Toyota's increased commitment to building cars where they are sold, make this piece of Lexus news unsurprising to people who follow the Japanese automaker's business tactics. In fact, several Japanese carmakers are beginning to see the value in producing cars locally, partially because of the yen's decreasing value against the dollar. Its value slid 11 percent in 2012 and 17.6 percent in 2013.

The new Lexus USA car will be produced under the supervision of Toyota Motor Manufacturing, Kentucky Inc. in Georgetown. The new assembly line is expected to bring 750 new jobs to the plant, which has been producing cars since 1988, making it the oldest assembly line in North America for Toyota. The addition of the Lexus USA vehicle means an additional $360 million in improvements and expansion for the plant. Vehicle construction is expected to begin in the fall of 2015 with plans to produce 50,000 units annually. Even though the first American-built ES 350 is more than a year away, new jobs are already being produced as construction workers work diligently to ready the new assembly line.

With Toyota's decision to begin producing more cars in the same countries where they are sold, it is no surprise that luxury sedans are going to be built by Lexus USA. Not only will the expansion help produce jobs, but it also helps build confidence in the US manufacturing industry. More confidence may equal even more jobs, which would be a boon to an industry still in recovery mode after years of outsourcing.