Construction Concerns at the Sochi Olympics 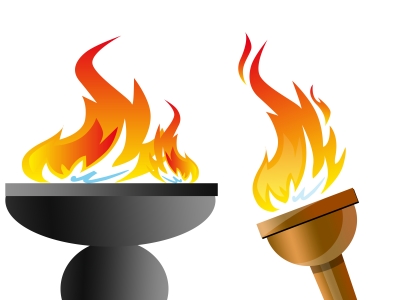 The international press has been having a field day with the difficulties Russia has faced in hosting the 2014 Winter Olympics at Sochi. Construction at Sochi lagged far behind schedule and major projects, such as hotels, apartment blocks, and a shopping mall, remained unfinished even as the opening ceremonies got underway. What were the challenges facing the construction teams tasked with building up Sochi, and what construction concerns are responsible for the delays? How much has been spent, and where did most of the money go? These questions will go down in Olympic history long after the 2014 games draw to a close.

One of the recurring themes in the press coverage of the construction at Sochi is how dramatically incomplete it is. Reporters have complained of unfinished municipal and shopping facilities, lodgings with disconnected plumbing and electricity, and even packs of stray dogs roaming through wide-open hotel rooms. While other Olympic host cities have faced problems getting ready for the games, construction concerns at Sochi go far beyond what was experienced at Montreal in 2010 or even in Salt Lake City in 2002. At Sochi, even basic necessities are lacking in the Olympic Village, where the athletes are hosted.

All this is despite Russian President Vladimir Putin's public pledge to spend $12 billion on the Sochi games, making the event the most expensive in Olympic history. In fact, the amount actually spent on the games is estimated at over $50 billion, which makes Sochi not just the most expensive games ever, but shatters the previous record set by the Beijing Summer Olympics. Virtually all of this money has been paid by Russian taxpayers, and it's an open question as to where it's all gone.

Given high-profile international attention, unlimited access to resources, and a budget of $50 billion, most construction teams could probably cobble together a passable Olympic village, or at least get the plumbing hooked up in the reporters' hotels. Unfortunately, Transparency International rates the construction industry as the worst victim of government corruption in the world and Russia as one of the most corrupt industrial nations. It would appear that most of the construction at Sochi has been handled by teams with access to Putin's government, acting through intermediaries such as Boris Nemtsov and Alexi Navalny. The money has mostly disappeared through the cracks opened by multiple levels of contractors and subcontractors, until barely anything found its way to the workers charged with the hands-on work of construction at Sochi.

Construction at Sochi began years ago with big dreams and bigger promises. Unfortunately, the work started late, proceeded slowly, and was starved of money despite having money thrown at it. The trouble comes as the Russian government finds itself under fire for a series of gaffes and repressive acts that have focused the world's attention on the Putin regime. Trouble with the construction at Sochi looks to be the icing on the cake for the largest financial flop in Olympic history.