Construction Hiring Slipping in These Areas 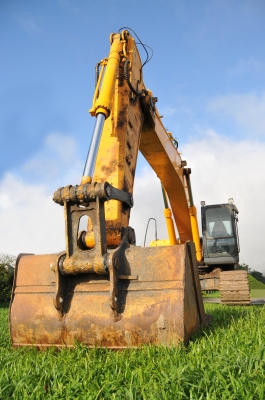 The recession is now dust in the wind—or is it? Despite the recent economic turnaround, there is still work to be done on employment measures of growth. The number of construction jobs hasn't recovered to pre-recession levels, despite strong growth in 2012, having remained flat so far in 2013. Good news may be on the horizon, however. The housing market, which collapsed in 2008, is gradually picking up pace and there aren't enough homes to satisfy buyers' demands. Industry experts predict that the number of ongoing building projects and construction jobs will soon begin to rise as a result.

Last year, things were looking bright for construction industry employees: four years had passed since the housing market implosion of 2008 and finally, construction jobs looked to be on the road to recovery. The connection seemed obvious: new homes were needed and building projects would presumably be reactivated to fulfill that need. In reality, the process was not quite so straightforward.

From July 2012 to July 2013, the construction industry added 190,000 jobs: this meant that unemployment in the sector dropped to 9.8 percent by the end of that period. However, in August 2013, no construction jobs were added to the economy. In fact, hiring flattened out completely.

However, those figures don't reflect the whole picture, as they represent only a national-level roundup. In certain areas, hiring is up; in other areas, fewer building projects have led to a decline in job numbers. Some regions even have construction jobs that cannot be filled because of a lack of qualified workers. In Colorado, for example, a recent study by the Associated General Contractors of America revealed an increased number of open positions. In fact, 72 percent of the companies surveyed had hired craft and professional employees during the previous year.

It is worth remembering that the first few years after any economic rebound are filled with such ups and downs. Small businesses—companies with 500 or fewer employees—tend to test the waters before expanding operations. A five-year economic lapse—complete with job number declines across the board—was bound to leave even the savviest business owners with cold feet.

Instead of employing permanent crewmembers, many construction businesses are currently outsourcing smaller jobs to tradesmen and other independent contractors. The same trends occur in many other industries: offices, for example, tend to hire additional temps and fewer permanent staff during uncertain times.

If industry pundits are right, you may still find yourself celebrating in 2013. Regardless of current hiring trends, signs of a gradual recuperation in the national housing market are all over the place. That can only mean one thing: building projects—and construction jobs—are just around the corner.