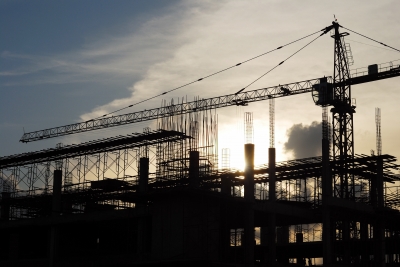 Construction is perhaps one of the most variable industries in the United States. In the economic downturn, it was one of the hardest-hit sectors, but now construction spending is rising. Whether this trend will continue has yet to be seen. However, it offers a new hope to this once-beleaguered industry.

While public sector work has dropped by 0.3 percent—upgrades of roads and bridges is a lower priority than keeping the basic mechanics of government going—the private sector has been more than making up for it. The biggest area of gain was in the construction of business buildings. Companies have been experiencing significant growth, so they've been expanding their premises. The boost to manufacturing has seen a rise in the number of factories being built, and offices have been springing up everywhere.

Another area of serious growth is in the housing market; builders have been finishing off projects and building new homes. It's clear they're betting on a housing market revival, but this level of construction spending is not without its concerns. The recent boost to mortgage rates will not have helped homebuyers, and it could lead some to question whether this level of building is sustainable. If people cannot buy houses due to their inability to afford their mortgages, the industry might see an Ireland-like situation: thousands of new houses lying dormant while their builders go bust.

These concerns are exacerbated by the fact that home buying declined by around 13.4 percent in July courtesy of the rise in the cost of borrowing. In addition, new housing has been boosted by the building of multifamily homes. This is traditionally a volatile market, and it could lead to a serious dip in home buying. Around 2.2 percent fewer family homes were started in July.

However, despite this pessimism, economists are expecting a revival of the construction industry. The estimates for the year are generally positive, the market is expected to come back strongly, and the recent figures showing a rise in employment are good. That said, no one is betting on what will happen after the end of this financial year, particularly as projects come to fruition. The main question is this: Will there be buyers who will reward this level of construction spending?

So while the initial outlook is good—an increase in construction spending is always welcome for distributing money throughout the economy—it has to be tempered with the concerns that the construction industry is overspending and betting on a long-term game that may not pay out.