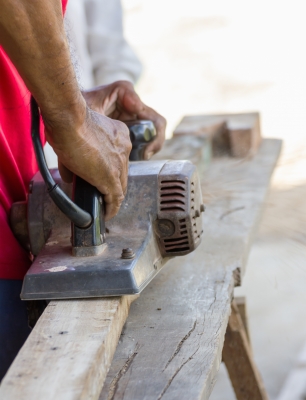 According to the Census Bureau, the construction industry received $934 billion in November 2013, representing an increase of 1 percent over October's adjusted figures and nearly 6 percent over the numbers from a year before. Bear in mind that this rise has occurred during a time in which public-sector spending on the construction industry has remained either flat or negative, which strongly suggests that the growth is being driven mainly by increased demand from the private sector.

This is especially good news since private-sector investments in construction are generally considered more stable and productive over the long term than short-term government stimulus projects. While the construction industry experienced an overall rise of 5.9 percent from November 2012 to November 2013, the most dramatic effects were felt in private—primarily residential—construction. During this period, single-family residential starts rose by a staggering 17 percent.

The relationship between new spending in the construction industry and new jobs to handle the boom is obvious, but this upswing is good news in another key way. Money spent on the construction industry is watched closely because of its effects on the country's millions of construction workers and associated specialists and because of the massive economic multiplier effect of the typically well-paid jobs the industry creates. Given the local nature of most construction jobs, large portions of workers' paychecks are often spent directly on the local economy, driving an upward economic spiral that fuels a swift local recovery. Get enough communities on that spiral—and the Census report seems to suggest this is happening—and those local recoveries become a national trend.

With an increase in new construction and the renewed flow of capital into the industry, employers can now upgrade old equipment, expand operations, and—most importantly—resume hiring workers. The nature of the spending, in terms of where it comes from and where it's going, suggests that this boon to the construction industry is more than just a temporary lifting of the pressure of the slump—it looks as though it's a long-term trend that, hopefully, the rest of the economy will soon mirror.

GDP rises by less than expected in the 4th quarter, missing Trump's...
news from Markets