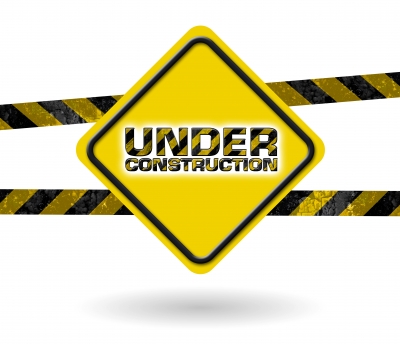 Construction workers have battled through a job slump since the recession began in 2007. Now, however, employment prospects are improving. If you've been on the lookout for a new opportunity, now may be the time to act upon it. Homeowners and commercial property management companies are beginning to approve previously shelved projects as their economic circumstances improve.

Construction and building inspectors don't just work at large-scale construction sites—they also assess much smaller projects. Sometimes, DIY projects require an inspection before they are permitted to go ahead. In California, for example, the Building Code stipulates that "no building or structure shall be erected, constructed, enlarged, altered, repaired, moved, improved, removed, converted, or demolished" before the potential site of the work is thoroughly inspected.

These rules apply to both inside and outside jobs in a variety of situations, some of which may not initially be obvious. Existing construction workers who want to become construction and building inspectors may have an advantage over individuals new to the trade—particularly if they already know about their city's code requirements.

Because construction codes vary from city to city, it's important for construction workers to keep up with local policy changes to ensure that their projects meet requirements. An up-to-code stairway in one city, for example, might not meet specifications in a neighboring city under similar conditions. If the city and state building code isn't satisfied, it's often a case of having to rip it down and start again. These instances delay projects, causing clients to become unhappy.

Building inspectors, like other construction workers, occasionally have to deliver unwelcome news to crews and homeowners. However, it's not all bad. Construction inspectors also approve innovative new architectural feats and are intimately involved in the implementation of groundbreaking construction techniques. They also ensure that existing buildings are safe after natural disasters and deliberate attempts at sabotage.

If you're a construction worker looking to expand your career, you might also be interested in the financial rewards that go with a building inspector position. According to data reported by human resources departments across the US, the median salary associated with the job was $48,873 in December 2013. Employment figures also look good—the number of construction inspector jobs in America is expected to grow 18 percent by 2020.

As a construction worker, your options are numerous and include work in several specific fields. You could choose to specialize in commercial or residential building inspections; you could also pick cutting-edge projects and become an innovation pioneer. Your experience as construction worker—particularly if you have an understanding of engineering or architecture—will improve your chances of getting hired.