Could a BioMarker Help Doctors to Diagnose Brain Trauma in Children? 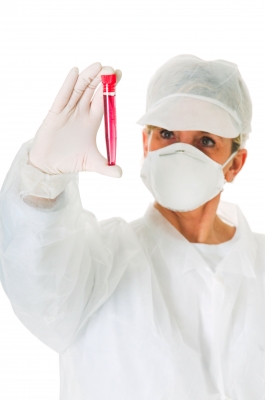 Brain trauma is a leading cause of death among children and young adults, according to the CDC. Until now, traumatic brain injuries have been difficult to diagnose, but a new blood test could change that, allowing doctors to quickly identify children with brain trauma and prescribe the appropriate treatment.

A common cause of brain trauma is a head injury, which children can sustain during a game of football, a cheerleading practice session or another sporting activity. Very young children often find it difficult to express how they feel, which can make it a challenge for doctors to diagnose brain trauma. CT scans can help with the diagnosis, but they can also expose young people to potentially harmful radiation, leaving patients and doctors facing difficult decisions over how to diagnose and treat a child with a head injury.

Researchers at Orlando Regional Medical Center have created a blood test that looks for signs of brain trauma, simplifying the diagnostic process for children and young people. The test looks for a biomarker, called glial fibrillary acidic protein (GFAP), which is significantly elevated in the brains of young people who show signs of brain trauma on a brain scan. There is also a strong correlation between the symptoms of brain trauma and higher levels of GFAP, which further suggests that this protein is a good marker of traumatic brain injury.

According to Dr. Linda Papa, who led the study at Orlando Regional Medical Center, the blood test can "speak for the child," allowing doctors to diagnose traumatic brain injury even in children who are too young to communicate their own symptoms. The doctor describes the new blood test as helpful and says that her team is excited about the discovery.

Dr. Papa's study shows that the GFAP blood test can predict brain trauma six hours after an injury with an accuracy of 94 percent. The study also suggests that the level of GFAP in the blood can predict the severity of the brain trauma, which may help doctors find the most appropriate treatment for the child.

In addition to better diagnosis of brain trauma, children who play sports can benefit from new guidelines that are designed to prevent concussions. These include removing players from the field as soon as an incident occurs that could cause concussion rather than allowing them to continue playing, possibly triggering a more serious case of brain trauma.

Experts have praised the development of a blood test that could help diagnose brain trauma in children. In combination with better prevention of concussion in contact sports, this new diagnostic test could help reduce the number of young people dying as a result of undiagnosed brain trauma following a sporting injury.