Could an Appeal of the ACA Affect Your Job Prospects as Well as Your Retirement? 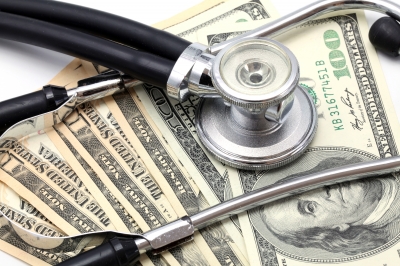 What could happen to the average American if the Affordable Care Act no longer exists? The Trump administration and a Republican-controlled Congress both vowed to follow through on a repeal of the ACA after Trump takes office in January 2017. An Obamacare repeal could affect your work in several ways, so you might start preparing for a future without the ACA.

The uncertain future of an Obamacare repeal with no replacement looms large in the health care industry and for ordinary Americans. Experts believe a wide range of issues may affect your work in negative ways if the federal government cannot replace Obamacare with a viable alternative.

Repealing the ACA could force lower-wage earners to work longer hours. The ACA allows low-wage earners to bring home more money because of fewer health care expenses. Earning more money could lead to working fewer hours and a normal retirement age, but working longer hours to make up for more expensive health care options could delay retirement for older workers. Unfortunately, working longer hours might affect your work in more ways than just putting in more time to earn the same amount of money. Longer shifts could lead to more stress and illness, and unhealthy workers put more strain on the health care system and a damper on productivity.

Major changes to health insurance as a whole affect your work if you rely on a job within the health care industry. A computer model from George Washington University shows that if the federal government rolls back tax credits and Medicaid expansion, around 1 million people could lose their jobs. These positions range from entry-level positions to consultants. A Washington D.C.-based firm, Advisory Board Company, already announced 220 layoffs amidst a restructuring due to the uncertainty of the future of the ACA.

The ACA created 20 million more insured Americans, and those Americans spent less money on health care and more money on other consumer goods. Spending more on consumer goods increases coffers that rely on sales tax revenue. Further, if more people insured under Obamacare lose their coverage, there is less demand for health care services. Less demand leads to a ripple within in the industry that may lead to layoffs for nurses, medical technicians and other medical personnel.

An ACA-backed policy would cost the average American $3,200 per year in 2018, whereas a policy without the ACA could cost $4,700. This can affect your work if you plan to earn $1,500 more to make up the difference to keep an existing policy — multiply this average over the 20 million Americans who rely on the ACA for health care.

On the other end of the spectrum, without the ACA, businesses might save money on health care expenses because of the employer mandate to offer health insurance for people who work more than 30 hours per week at firms with 50 or more employees. How businesses reinvest that saved money remains a mystery until Congress acts on a replacement strategy.

Changing the Affordable Care Act could affect your work in several ways over the course of the next few years. Prepare for any contingencies, as Congress could act now but make changes again after Trump leaves office.