Crazy Stunts to Help You Stand Out 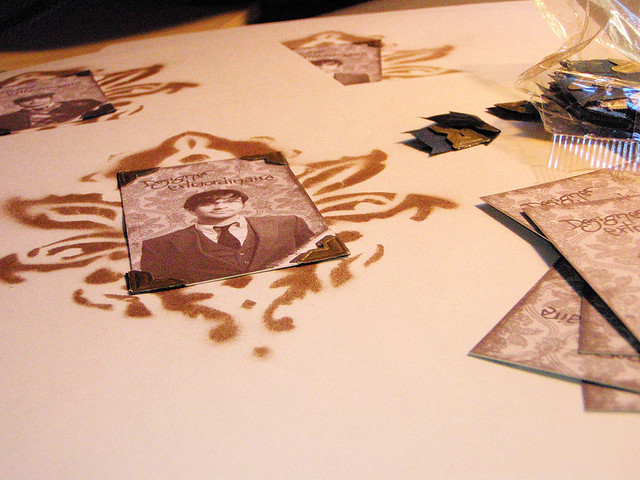 A job seeker must stand out from the crowd in creative ways in order to get noticed. Typical channels for such creativity include infographic resumes, customized cover letters and YouTube videos touting prospective employees. Other people try different tactics, such as a crazy job application or unforgettable stunt that gets noticed by companies.

It's not standard practice for a job seeker to go all-out to prove he belongs with a certain company. However, some businesses did, in fact, hire some people who developed a crazy job application or elaborate scheme to get a company's attention. Whether you choose to create playing cards with your best attributes on them or send human resources managers several postcards touting your job skills, sometimes a crazy stunt actually works.

In 2014, Leah Bowman created a Lego version of herself using Lego's Digital Designer software. The "2014 Intern Set" came in a virtual box that allowed companies to build the perfect account service intern. Bowman customized the crazy job application to various companies. The apt Lego fan landed a job at a creative advertising agency in Chicago.

Lisa Blackwell started a social media campaign in 2011 to try to earn the job of social media director at the University of Michigan. Blackwell first caught the attention of Lisa Rudgers, the university's vice president of communications, by creating the website dearlisarudgers.com. The website featured videos, Twitter feeds and personalized Web pages explaining what Blackwell could bring to the university. Blackwell's friends re-tweeted the website and posted about it on social media. This crazy job application worked, but not in the way the Blackwell expected. The University of Michigan turned her down, but the applicant found a similar job in the private sector.

Alec Brownstein purchased a Google ad to catch the eye of an advertising agency in New York. The ad cost Brownstein 15 cents to purchase the top search result for Ian Reichenthal, the company's creative director. When Reichenthal did a search for his own name, the top search was a link to Brownstein's resume and credentials. Brownstein got the job.

Liz Hickok comes from a family known for its lavish Christmas light displays. In 2011, Hickok literally put her name in lights in Georgia with the words "My wish, HR Job, Liz Hickok, LinkedIn." A company in Italy that saw the crazy job application offered Hickok a job, but she turned it down.

Some of these creative stunts have relevancy to standard job-seeking practices that get noticed. Blackwell researched the name of her potential supervisor and addressed her directly. Bowman customized her Lego set to various companies so it did not appear her application was a cookie-cutter version sent to hundreds of companies. Brownstein proved his moxie by using computer technology to his advantage, which is an edge many companies seek in progressive employees.

Although a crazy job application does not guarantee success, sometimes stunts get you noticed in other ways that can benefit you in the long run. Perhaps the application process led you to find your true career path in life, which could be just as valuable as landing your dream job.