Creating a Culture of Courage 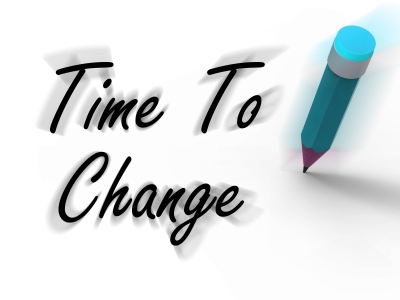 Many companies have made changes in the way they do business, especially since the economic downturn of 2007. Technology has made the speed of business faster, with wireless devices, social media and new ways to engage with clients all gaining ground in recent years. When too many adjustments occur based solely on directives from top executives, change fatigue may set in.

Even though executives may have a ton of new ideas they want to implement, almost half of change initiatives, about 46 percent, are unsuccessful. Change fatigue occurs when employees and managers become exhausted from keeping up with too many developments at once. Instead of adopting an "all hands" attitude, managers may wait and see which initiatives stick with employees and which ones do not to help them work out how to invest their time and effort with team members.

Roughly 65 percent of company employees experienced some form of change fatigue in 2013, according to the Katzenbach Center. A different survey by Prosci indicated that 59 percent of employees felt their companies reached "change saturation" point in 2007; that figure grew to 77 percent in 2013. Sometimes, companies were forced to innovate in order to survive after the global economy slowed down. In some cases, however, executives simply felt more modifications were better and did not take into account the larger picture of too many alterations at once.

Company leaders can help combat change fatigue in several ways. The most important facet of change leadership is to recognize that not all companies should implement all of their advances immediately. Instead, leaders need to set priorities and alter a few things at once before moving on to something different. Once revisions occur and are gradually embedded, it becomes increasingly difficult to reverse the alterations.

Executives must also recognize obstacles to change, including employee resistance, insufficient resources to implement transitions, middle-management resistance and divisions among managers on how to go about making changes. Another way to ease these impediments is to create a viable plan of action. Everyone in the company, from executives down to entry-level employees, should be part of the change process. Leaders must get ideas from everyone, not just bosses. When employees are a real part of the modification process, they become more engaged with new ways of doing things.

Supervisors should prepare their teams for innovations early to help ease any stressful transitions. If alterations must occur by next quarter, start teams on the right path early in the quarter. Bosses can make a list of obtainable goals throughout the change process, and they should reward teams for reaching those goals. Executives should certainly consider implementing transitions gradually instead of all at once to reduce chaos and confusion.

Change fatigue does not have to set in every time an executive implements new ideas. When companies target a few specific behaviors to alter at a time, leaders can see which changes work and which ones do not. Managers should evaluate small innovations first before proceeding further.

All Your Favorite Celebs Made The Time 100 This Year
news via Refinery29
Oprah Wants The World To Know Henrietta Lacks Is A Hidden Figure No...
news via Parents - The...