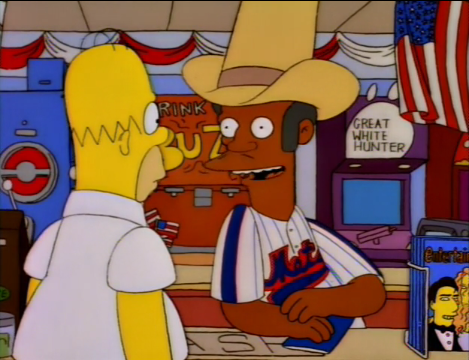 From city to country or country to country cultural differences influence attitudes and customer service skills. My family and I recently moved to a small town in the country from a major metropolitan area and we are still getting used to the differences.

Traffic is lighter and less rushed. Nothing is open on Sundays except church and there’s a 50/50 chance that whatever store you stop at might not accept credit cards but personal checks are a-okay.

The area definitely lacks large box stores so often times it takes either a trip back to the city or several trips in order to check off the shopping list. We try to shop small businesses for little trips since 7-11s aren’t on every corner as we were previously accustomed.

Most of the time, when we need something simple like a soda or a sugar fix we hit the closest convenience store called the Stop-N-Buy. Of course still stuck in our city ways, it turns out that we stop by almost every day for this or that we forgot to grab or didn’t realize we needed until we absolutely needed it.

Like many of the convenience store in the city, this one is owned and operated by a large family from India that all pitch in to support the family business. The owner is there all day every day while his brother and nephew alternate shifts from time to time. Inevitably the owner is the one who rings up my purchase every time I stop by.

After about a month of stopping by the store sometimes on my own and other times with my fiancé in tow I started to notice something. Despite my congenial pleasantries, the owner never spoke to me except when he would occasionally tell me my total.

On top of that I realized the man refused to make eye-contact with me.  If I tried to push it he would physically turn his body. Once he even reached over me to help the man standing behind me in line before he helped me. When my fiancé instigated transactions however, it was a different story. He would look him in the eye, say hello and engage in whatever small talk was the topic for the day.

I mentioned my observations to my fiancé and he excused it saying, “Yeah, well, he’s old school.” Meaning, certain men of that generation from India don’t view women in the socially acceptable standards ,I as a forward thinking city girl, have come to expect.

While India has made large leaps of progression in equality for women and even has many women in powerful political positions, it is still considered the 4th most dangerous country for women in the world. Human rights activists are fighting in India to change the perception of women as possessions and second class citizens.

My fiancé told me in the case of this particular convenience store owner that’s just how it’s going to be. It’s the theory about an old dog and new tricks, just isn’t going to happen.  I disagreed and said if the man wanted to acknowledge my money he would have to start acknowledging me.

Outraged, I wanted to stomp and shout and complain on Facebook all about how disappointed I was in the way he treated me. Then I wanted to go into his store and give him the business he was giving me. Not looking, not speaking, I would just pretend he was an automated machine that I barely had to acknowledge except for when it came time to slide the card.

What would any of that solve though? If I quit shopping there or completely ignored him, then it would be like he won and I can’t have that. The only thing I can do is keep going back and kindly try to make a connection over and over again. Maybe one day he will be able to smile back and break down his cultural barrier even if it is just to improve his customer service skills.

Register
Sign In
50 Of The Best Indie Bookstores In America
news via Travel - The...