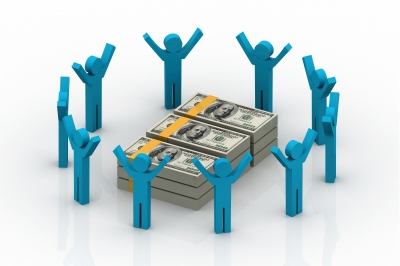 The city council of Washington, D.C., recently passed the Large Retailer Accountability Act to raise the minimum wage of some retail workers to a living wage of $12.50 per hour. The act applies to retailers occupying more than 75,000 feet of retail space and grossing more than $1 billion in revenue per year, so it will not affect mom-and-pop stores that might not have the resources to pay workers the increased hourly wage. Several large retailers have joined forces to fight the act and convince D.C. Mayor Vincent Gray to veto it.

Washington, D.C., has a minimum wage of $8.25, which is one dollar per hour more than the federal minimum wage. Councilman Phil Mendelson introduced the Large Retailer Accountability Act as a way to hold large retailers accountable for their impact on retail workers in the city. The purpose of the act is to promote jobs that pay a living wage and help workers make ends meet. Mendelson said some large retailers do not provide living wages, which threatens the standard of living for working families in Washington. He also said some large retailers do not offer benefits, which increases reliance on free clinics and other government-subsidized health programs.

Proponents of the act say it is reasonable to have a different minimum wage for large retailers than small businesses because large retailers are better able to shoulder the cost of paying workers living wages. Some retailers in the area already pay a living wage, demonstrating it is possible to stay profitable without paying just the minimum wage. Several cities, including Pittsburgh and Memphis, have enacted living wage laws without any negative impact on development or employment in the retail industry. All of these facts support the implementation of the Large Retailer Accountability Act, according to Mendelson and other supporters.

Several retailers oppose this act, with company representatives saying it is unfair to target some companies and not others. Macy's, Home Depot, Lowe's, AutoZone, Walgreens, and Target sent a letter urging Mayor Gray to veto the act, calling it "misguided" and "unfairly discriminatory." Representatives from the six companies said they will revisit their plans for future development in Washington, D.C., if Gray does not veto the bill. They also said the conditions imposed by the act are arbitrary and a "cause for grave concern." Walmart representatives threatened to halt development on three of six planned stores in the Washington, D.C., area.

The federal minimum wage is not enough to support working families in many cities, especially those with a very high cost of living. The Large Retailer Accountability Act is supposed to increase the minimum wage to a living wage in Washington, D.C. Many major retailers oppose the act and have threatened to stop development in the city, so you will have to wait to see whether Mayor Gray vetoes the bill before evaluating the true impact of the LRAA.