Dealing With Childish Behavior in the Workplace 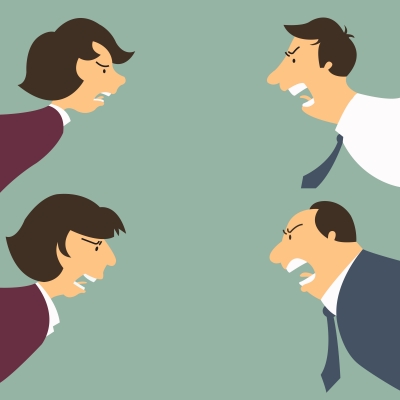 For management professionals, childish behavior can be the scourge of the workplace; it sabotages productivity, undermines team-building and creates problems between co-workers. Finding ways to deal with immaturity is essential to building a safe and supportive office.

Attention-seeking employees pop up in all industries. Selfish and dramatic, these professionals might throw fits when something goes wrong, exhibit unnecessarily overblown reactions or create drama in the office. This type of childish behavior is detrimental to teamwork, as it shifts the focus from the group's collective goals. The best way to deal with an attention-seeker is to withhold attention. Ignore the outbursts, or give fast, noncommittal responses. Do not engage or sympathize, as this adds fuel to the fire.

Every professional complains about work occasionally, but whiners take it to the next level. They complain about issues big and small and rarely take time to find a positive perspective. The constant stream of negativity can sap the energy of the group and cause frustration. When dealing with these difficult people, it is important not to fall into the same childish behavior pattern. Offer a positive viewpoint, and refuse to discuss the issue further. If the whining becomes overwhelming, sit down with the person in a private place and explain that his attitude is bringing the office down. While this discussion can be uncomfortable, it may help the whiner be more self-aware in the future.

Clique behavior does not end with high school graduation; in some workplaces, cliques are just as present and powerful as they are in high schools. If you notice that a group of employees is excluding others, bullying or exerting undue control, it's time to take action. Assign work in a way that forces employees to work with a variety of people, and create physical separation between clique members, if necessary. Identify the power players in the group, and explain that their childish behavior is catching the attention of management — and not in a good way. Most importantly, be aware of the politics and antics of the clique, and find ways to cut off the rewards that come from being part of the "in" crowd.

Tattling is one of the most common types of childish behavior among professionals. Employees who tattle might notify the boss any time a co-worker is late or assign blame during a crisis. Tattlers often work quietly, passing unnecessary information to the boss to undermine their colleagues — often out of insecurity. In most cases, the best way to deal with this type of behavior is to speak directly to the guilty party. Let the person know that you are aware of his actions, and ask him to come directly to you with problems before bad-mouthing you to others in the office.

Dealing with childish behavior among employees can be exhausting and challenging. In most cases, quick action by management professionals can boost awareness and stop the behavior before it causes serious problems.

Image courtesy of jesadaphorn at FreeDigitalPhotos.net