Do Engineers Need an MBA to Move Up? 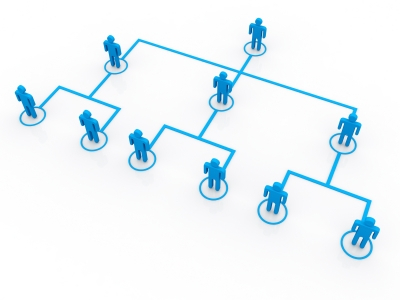 You’ve been working as an engineer for three years now and you’re pondering the big question: Do I need an MBA to move up the ladder? It’s a big decision. Getting an MBA these days takes time away from your family and social life. It also takes some serious coin.
When Dice Holdings posed the MBA question to its users, slightly over half said no and just under a third said yes in equating the higher degree with advancement. Proponents claimed that adding business knowledge to technical skills would boost their marketability and help them move into management. Those opposed believed that technical expertise was more important than the acquisition of business knowledge.
Just nine percent of those who responded possessed an MBA and they attributed their higher salary to their advanced degree. Some said their MBA gave them the flexibility to select a specific employer. Others noted that the advanced degree opened the doors to management and helped them segue into a business/technical role. While engineering jobs may be plentiful in today’s tech-oriented economy, many engineers claim that their career opportunities slow to a crawl after a few years in a strictly technical role.
What makes sense to most engineers is to pursue an MBA after three to five years of technical on-the-job experience. At this point, you’ve still got plenty of energy and motivation to commit to an MBA and, career wise, you haven’t begun to stagnate in the eyes of upper management.
Still, there are those who doubt an MBA is needed to move up. "I do not believe an MBA is required for technical management," says Jeanine Swatton, Product Manager, iOS Engineer at UCSC Extension in Silicon Valley. "Not once have I come across a manager or tech lead with an MBA background. In a majority of cases, I was the only technical lead with a Masters degree in Computer Science."
Leigh Steere, co-founder of Managing People Better, LLC notes that an MBA won't necessarily prepare you to deal with people issues. "MBAs generally do not prepare engineers to manage people," says Steere. "Learning how to prepare balance sheets and marketing plans doesn't translate into how to have tough conversations with underperformers or how to diagnose morale issues."
Others believe one can learn management skills outside of the MBA track. "I needed to build some skills in order to become an effective manager," says Jenson Crawford, software engineering executive at PriceGrabber.com. "First I needed to learn how to communicate more effectively. I took a course from Dale Carnegie Training that helped me immensely in this regard."
To get an MBA or not? If you’ve been stuck in a strictly tech role for over 5 years, it might be time to consider the advanced sheepskin; or at the very least, taking a few leadership and business courses to shine as management material.
Image courtesy of sheelamohan/FreeDigitalPhotos.net

The CFO of Goldman Sachs keeps talking about becoming the Google of...
news from Markets

Blending Generations in the Engineering Workplace
news via Design News

A former Googler and Twitter executive reveals how she rose through...
news from Markets