Do You Know What the GOP is Proposing for Your Healthcare Plan? 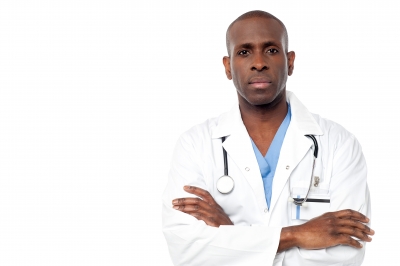 Major changes to the Affordable Care Act are underway in Washington. Republican lawmakers are preparing to make good on their promise to overhaul the health care law, with plenty of opposition and criticism from health insurers, the American Association of Retired Persons and conservative republicans. The new law, penned the American Health Care Act, changes a lot of the more controversial aspects of Obamacare while keeping certain other provisions.

The GOP bill shifts Medicaid funding responsibility from the federal government to the states by imposing a fixed limit on money each state receives per Medicaid enrollee. States may also choose to receive a fixed amount, or block grant, per year, regardless of how many enrollees they have. This would eventually reduce state-supplied Medicaid benefits via tougher eligibility requirements or decreased provider payments. Moreover, the bill will end federal funding for expansion of Medicaid and allow states to implement tougher restrictions on Medicaid participants, such as work requirements and community service.

The new law would eliminate two taxes imposed on the wealthy by Obamacare: a 3.8 percent tax on investment income as well as a 0.9 percent Medicare payroll tax for individuals who bring in more than $200,000 and married couples who earn more than $250,000. The bill also plans to remove the annual taxes on health insurers, drug manufacturers and medical devices in 2017. In addition, the bill plans to eliminate the Obamacare-mandated cap on tax deductions for health insurer executives' compensation, which may result in some serious tax breaks for health insurance companies.

The bill intends to defund Planned Parenthood, although the prohibition would only be effective for one year. The Centers for Disease Control Prevention and Public Health Fund would also lose federal support, to the tune of almost $1 billion. It's not all big budget cuts, as the bill proposes an increase in federal funding for community health care centers. Up to $422 million could be allocated to support local facilities that provide outpatient health services to lower-income communities.

What the New Bill Doesn't Change

Certain important pieces of the health care law will remain unchanged. Children under the age of 26 will still be allowed to remain covered under their parents' policies. People with pre-existing conditions are still protected: health insurers are not allowed to deny them coverage or mark up their premiums. Before Obamacare, private insurers often placed caps on how much they'd pay on a participant's health care costs. For instance, some would not pay anything more than $1 million. The Affordable Care Act banned these limits, and the new health care law would keep that ban in place. Out-of-pocket maximums enforced by Obamacare are also here to stay. For 2017, the maximum is $7,150 for one person and $14,300 for a family.

Lawmakers are voting on the American Health Care Act in April 2017. While many changes have been made to appease opponents, many conservatives and moderates are still concerned about the law's possible implications. The bill may still go through many changes before it lands in President Trump's hands.