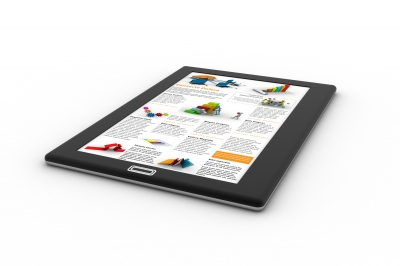 One of the reasons behind cable consumers’ recent mass exodus is the increased amount of advertising on television. Why pay $100 a month for ad-ridden programming when you can get a digital streaming box and a Hulu or Netflix subscription? You still get to watch your favorite shows—minus the ad breaks.

In the past, all a business had to do was plant its company logo on a few sponsored T-shirts or create a billboard ad. Marketing schemes got attention simply because they were marketing schemes—after all, adverts were not as common as houses, or trees, or similar suburban elements. Nowadays, however, consumers’ senses are overloaded with ads on a daily basis. So, unless marketing schemes are absolutely unique, they get lost in a myriad of other marketing schemes. That's where branded content comes in.

Integrated advertising has been a part of websites like Facebook and Twitter for a long time. Now, branded content has piqued the interest of the marketplace in general. If consumers feel entertained, they’re much more likely to watch an ad. If your branded content creation is really stellar, your ads may even attract a fan base.

Popular examples of branded content include the Dos Equis advertising campaign, which became a viral sensation after its introduction in 2006. “The Most Interesting Man in the World” has become the subject of countless memes and has raised Dos Equis’ profile significantly. Sales of the beer tripled in Canada in 2008 and have increased in the U.S. every year since the marketing campaign’s inception.

There are many ways to hone branded content to suit your business purpose. The following content creation tips, however, apply in almost any situation:

It’s no secret: traditional forms of advertising have fallen out of favor in the past few years. People don’t like being bombarded with banner ads or tracked via digital cookies; they prefer real cookies and engaging movies. That’s why they install an ad-blocking program, ditch the cable, and pay for ad-free entertainment. Businesses, however, still need to sell products and services, expand, and basically keep the American economy afloat. Branded content is a thoroughly entertaining way to increase your company’s media exposure, build your business’s popularity, and gain consumers’ respect.