Does It Really Only Take 30 Days To Make a Change?

Posted by Staff Editor • May 12, 2011
Does it only take 30 days to turn a new behavior into a habit? New studies show it might take a bit longer. 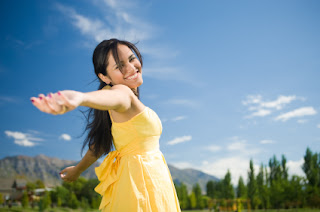 Conventional wisdom says that it takes about thirty days to form a new habit. From the very simple changes to the large changes, repeating the new behavior every day for a full month is supposed to be the best way to turn the change into a habit. The question is, is it true?
Everyone has things in their lives, that that they would like to change . Whether it's to be more effective in your job search, to be on time to work every day, to stop some type of behavior or just to get more exercise. Recognizing the need for change and making the commitment to change and the new behavior is often the easiest part. The really hard part is to make the new behavior feel automatic.
If you do a Google search on change, you'll see many articles and books dealing with this topic. Almost all of them suggest that you need to make the change every day, for a month, and then it will become a habit. After the month, the change will be successful and long lasting. I don't know about you, but this “month to change” sounds almost too good to be true. So, I decided to find some hard numbers to back up this theory.
What I found was data suggesting that it isn't true at all. In fact, it may take sixty days, or longer, for a new behavior to becomel automatic. According to PsyBlog, a leading psychology blog, the thirty day theory may have come from a book that was published in 1960. The book was based on a study by Dr. Maxwell Maltz, a plastic surgeon, who found that amputees need, on average about 21 days to adjust to the loss of their limb.. He took this observation and made the argument that people need about 21 days to adjust to any major change.
The problem with this theory is that when you are trying to turn a new behavior into a habit, it doesn't matter when you adjust to the change. What is important is how automatic the behavior feels. If you are trying to eat healthy foods, after a month, it might not seem as difficult as it did on day one, but it still takes longer for choosing healthy food to feel second nature. Which is the goal, right?
The article referenced a study that was published in the European Journal of Social Psychology. In the study, the researchers monitored 96 people, all of whom wanted to make a minor change in their lives and daily habits. When the participants started their new behavior, be it eating a piece of fruit with their lunch or exercising for a half hour each day, they were given a survey asking them how automatic the behavior felt. Then, they took all of the data and turned it into a graph. What they found was that on average, it took 66 days for a participant to rate the behavior as automatic.
So, it seems as though making a change and developing a new habit is much more complex than the “30 days” theory. What's even more interesting, is that the 66 days is only the average. Some people reported feeling like the new behavior was automatic considerably earlier, and some people took a great deal longer.
As I'm sure you would guess, how long it took depended on how willing the participant was to change and how difficult the new behavior was. For example, making a change to drink more water was an easier thing to turn into a habit than, say, running a mile every day.
This doesn't mean that making a change is hopeless or a waste of time. The point to remember is that eventually, the new behavior became a habit. It just took a little longer. To be honest, this is good news. When you are considering making a change in your life, it's important to have realistic expectations. Otherwise, you run the risk of working hard for thirty days and then feeling like a failure because it still doesn't feel automatic. Looking at the research, it seems that the golden thirty day mark isn't the finish line, but rather the halfway point. It is just long enough for you to get tired of working so hard at the new behavior. This makes it really easy to just give up when you aren't seeing the desired result in the expected time frame.
So, what does this mean in daily life? It simply means that making change is difficult. It takes time and dedication. There is no magic pill, no golden window of time until it sticks. Learning a new habit takes effort, but it can be done successfully. How long it will take depends on how difficult the change is going to be for you and how much of a creature of habit you are.
Have you ever changed a behavior into a new habit? How long did it take for you to do it automatically? What things helped you persevere? I would love to hear your thoughts in the comments.

By Melissa Kennedy- Melissa is a 9 year blog veteran and a freelance writer for LogisticsJobsiteBlog, along with helping others find the job of their dreams, she enjoys computer geekery, raising a teenager, supporting her local library, writing about herself in the third person and working on her next novel.

Roger Cicala: why I don't use an MTF bench to test my own lenses
news via Articles: Digital...