Does Living in a Lower Socioeconomic Area Affect Your Weight? 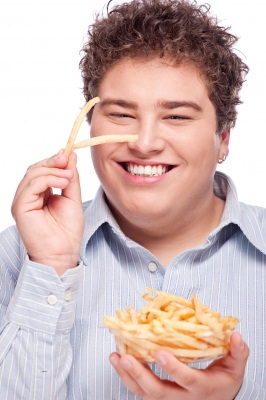 Approximately 78.6 million adults and 12.7 million children in the United States suffer from obesity. Many factors can influence obesity such as income levels, food consumption and genetics. Weight gain may happen for any number of reasons.

A study published in May 2015 by the American Journal of Preventive Medicine indicates the socioeconomic area in which a person lives may affect weight gain that leads to obesity. A 2010 study already suggested those with higher incomes are less likely to be obese. This later research from the National Heart, Lung, and Blood Institute examined a survey conducted in Dallas County, Texas, from 2000 to 2009.

The Dallas Heart Study involved more than 3,000 residents within the county aged 18 to 65. Each person gave pertinent data such as where the person lived, the resident's weight and perceptions of the neighborhood in which they resided. People enrolled between 2000 and 2002, and then data was collected again from 2007 to 2009. Each neighborhood census block group was assigned a Neighborhood Deprivation Index score, a figure calculated using 21 variables from the 2000 census. A higher NDI score means the neighborhood is more deprived or poorer.

Up to 939 participants stayed in the same neighborhood over the study's time frame, while 586 moved to a neighborhood with a lower, or better, NDI score. As many as 263 people moved to a community with a higher NDI number, and 47 participants relocated but did not change their NDI figure.

The exact causes of a person's weight gain remain unknown. The study simply found a correlation between moving into a lower socioeconomic area as a possible marker for gaining weight. Researchers suggested public policymakers take into account economic depravity as a cause of cardiovascular disease and that focused, community-based public health initiatives can help alleviate this problem.

This study follows one in 2014 that indicated more than 900 million people in developing countries worldwide showed signs of obesity due to weight gain. Wealthier nations accounted for 557 million obese people across the world. The worldwide obesity study blamed poor diets of processed, fatty and sugary foods that lead to higher obesity rates. These foods may also cause vitamin and mineral deficiency in developing nations.

Simple ways to avoid weight gain include walking, regular exercise and even taking public transportation to work on a regular basis. Obesity has become a growing problem worldwide, and the health care industry can help by assisting patients with preventive health programs and education.

Photo courtesy of marin at FreeDigitalPhotos.net