Does the Healthcare Industry Fail Women? 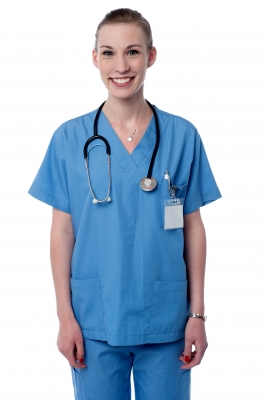 According to a recent study, the health care industry is failing to meet the needs of women. Nearly two-thirds of women lack confidence in their health care decisions, and the majority do not trust drug companies or insurers. Nearly one-third of women in the United States do not fully trust their own primary health care provider.

The survey was conducted in five countries: the United States, United Kingdom, Brazil, Japan and Germany. The Center for Talent Innovation and Kantar Health surveyed women in all five nations and found that they have very different concepts of health than those purveyed by health care organizations and drug companies. The majority of women define health as having physical and emotional well-being, whereas the health care industry focuses on designing and supplying products for particular diseases.

Eighty-six percent of women in the United States do not trust drug companies. This is particularly worrying, as 59 percent of women make health decisions not only for themselves, but also for others, such as their children or partners. Thirty-one percent of women do not trust their primary health care provider, and more than half regard the Internet as the best source of health information.

According to Carolyn Buck Luce of the Center for Talent Innovation, female chief medical officers could allow health care organizations to better provide for their consumers' needs. "Female CMOs can be health care companies' best allies," she says, citing the urgent need to improve the health care industry in the United States, where the health of the general population is declining.

The study revealed that the most trusted doctors have several characteristics in common. Seventy percent of women say that they trust doctors who report test results in a clear way. Trusted doctors discuss preventative health care, rather than just dealing with disease.

The most trusted insurance companies are those that provide coverage for trusted doctors. They also make preventative care affordable. Women are more satisfied with insurers who fund screening tests and other preventative medicine.

Register
Sign In
What Mother's Day Feels Like After You Lose A Baby
news via Parents - The...

'The stock reaction is not supported by science': Here's what Wall ...
news from Markets
Trump's executive orders could dim prospects of more federal aid fo...
blog post from Inside Higher Ed | News