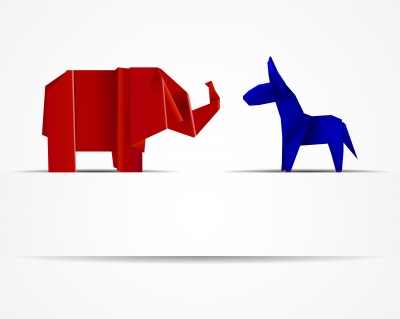 Ever since the Affordable Care Act was signed into law on March 23, 2010, the Republicans in Congress have been trying to repeal it.  Even though it’s a long shot, and they face a Democratic Senate that votes down repeal every time, they keep going.  Even with overwhelming odds, they refuse to give in.  In fact, as a Time Magazine article reported, the House Republicans voted for the 40th time to repeal the ACA.

Politics aside, anyone who has ever thought of giving up on a job search should take a lesson from the Republicans in the House of Representatives.  The Democrats feel the ACA is a good thing for individuals and the country.  The Republicans think it’s the worst thing that could happen to healthcare and are doggedly trying to pull it back.  Both sides have a strong belief.  The difference is the Democrats seem to have all the winning cards in this game of high stakes.

If you’ve been looking for a job for a long time, you may feel like everyone has a winning hand but you.  Employers have the jobs and have the luxury of interviewing lots of qualified job seekers to find just the right person.  Younger applicants.  Those with more experience, education or skills.  Less qualified applicants with connections.  It may seem like everything is stacked against you, and you feel like giving up.

The Republicans point to the Democrats as clear opponents in their repeal campaign, but the forces working against your job search may not be so obvious.  Instead of trying to get a job, it may be time to pull back and take a different approach.  Instead of trying to just find a job, think long-term to what type of job fits best in your long-term career goals.  Instead of convincing an employer that you’re the best person for the job, turn the tables.  Use an interview to determine if the job and the company fit in your career goals.

Misconceptions about a job search can lead to defeat.  A U.S. News article listed six misconceptions that can stall a job search.  You don’t have to have connections, but you do need to write compelling cover letters.  You do need to follow-up; be persistent, because most applicants don’t follow up.

The article overlooked some other tips, like how to answer the interviewer’s questions.  Be specific.  When asked for a situation, give them a specific instance with a beginning, middle and end.  The ending should clearly show how you made an improvement, accomplished something or learned a lesson.  A reflective pause is better than blurting out an answer and then having to backpedal.  Don’t be afraid of silence.  Interviewers know that if they stop talking, you’ll start again, and probably say something you wish you hadn’t.

The best tip is to not give up.  Finding the right job is a goal worth pursuing.  Your future career is worth the effort.  Changing your mindset in the job search can help you see things differently.  Go on the offensive instead of playing defense.  So you were defeated for the 39th time.  Take a cue from the dogged Republican House of Representatives and go for 40.  And keep on going.

Roger Cicala: the difference between sample variation and a 'bad co...
news via Articles: Digital...