Dyson Invests in Engineers in UK 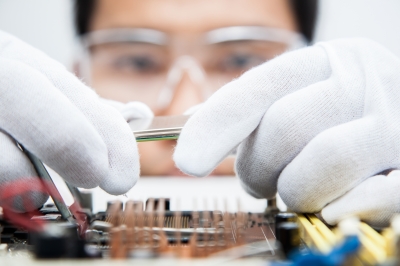 James Dyson, the billionaire known primarily for the Dyson line of vacuum cleaners, has made a real investment in education and jobs for engineers in the United Kingdom. Dyson jobs regularly remain open due to a lack of educated and experienced engineers, and the billionaire is looking to help spur growth in education as well as employment with two large donations and a plea to the government to reevaluate how it incentivizes sciences, technology, engineering, and mathematics students. This investment in STEM education and the creation of more Dyson jobs could have a very real effect on the future of engineering in the United Kingdom and worldwide.

Dyson announced that he will invest £5 million ($8.3 million) in a robotics lab at Imperial College in London. This will create a robotics department able to keep up with and compete with developments from current forerunners in the field of artificial intelligence, including search giant Google. The creation of the new facility could inspire students to take up STEM education and is only one of the ways that the billionaire is investing in the future of engineering.

Educated and experienced engineers could soon find engineering jobs at Dyson thanks to a £250 million ($415 million) investment that will dramatically expand the research center at the company's main technology campus. An expected 3,000 new Dyson jobs are expected to accompany this expansion, giving engineers in the area even more hope for securing meaningful and gainful employment. Dyson expects the facility to be able to more easily work with universities across the United Kingdom in the development of new technologies for a variety of different purposes. The company currently invests £3 million ($5 million) in research and development on a weekly basis, and this expansion could see that investment double.

The billionaire has also entreated the British government to consider paying students to study STEM subjects in school. Dyson notes that it has become difficult to find educated workers at home to fill engineering jobs at Dyson, and he believes that the nation should consider financial incentives to help direct the best students towards areas where they can help the growth of the nation and the world as a whole. The billionaire noted that, including Dyson jobs as well as those across the nation, approximately 61,000 jobs will go unfilled in 2014 due to a lack of qualified candidates.

The investments by James Dyson can help create and fill Dyson jobs as well as those throughout the United Kingdom. Increased competition in the technological sector could mean aggressive hiring in other nations, and these investments also help draw attention to a serious need for education and experience in the global market at large. The United Kingdom will benefit from the creation of new Dyson jobs, and the world as a whole may benefit from the technology that this investment in education may someday produce.