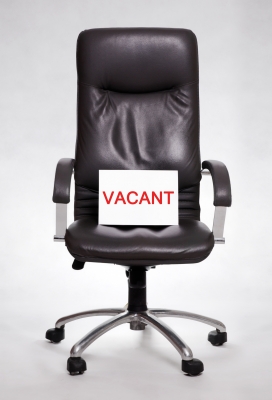 Employment used to be a guarantee for STEM graduates. If you managed to get a degree related to science, technology, engineering, or mathematics, you were almost guaranteed a position after college. Recently, however, engineering jobs have become much more difficult to find; consequently, competition for jobs has become much tougher. Regardless, Dyson and several other well-known companies now report a shortage of suitable engineers. So—where are all the unemployed STEM graduates?

Given the current lack of engineering jobs, it seems odd that Dyson has found it tough to hire STEM-qualified personnel. After all, you'd think the majority of students would backflip on the spot for a place at one of the world's most prestigious and innovative companies. Unfortunately, however, the engineering shortage has hit both sides of the employment spectrum at once.

Young people simply aren't choosing STEM degrees as much as they were, partially because of the perceived lack of jobs in the sector, and partially because of a recent decline in the number of women entering the industry. Here in America, the drop in female engineering graduates has been attributed in part to peer pressure and social conditioning.

Thankfully, Dyson and its peers are not standing quietly against the wall. In Britain, Sir James Dyson—the eponymous cyclone-powered vacuum's inventor—is known for his outspoken support of the country's engineering sector. After Dyson was invited to advise Prime Minister David Cameron, the British government changed its approach to the engineering industry. Increased government funding was made available to drive British innovation and create additional engineering jobs.

Many engineers in the US now wonder if their own government will take a leaf out of Britain's book and approach the US engineering shortage in a similar manner. Luckily, there are still areas in which positions—and qualified engineers—are plentiful: you just have to know where to look. Biomechanical engineering jobs, for example, are abundant—particularly in states like Washington, New York, and California.

Because of the recent shale oil and shale gas boom, job security for petroleum engineers looks good too—at least for the foreseeable future. As extraction techniques like hydraulic fracturing become more common, a greater number of engineering jobs become available. Because of the complex extraction process, shale oil and gas take much longer to harvest, so if you're looking for a long-lasting career, you may want to consider the petroleum industry.

The aerospace subsector recently received good news, too: industry giant Boeing will create as many as thirty new engineering jobs in California as part of its latest restructuring and relocation process. Boeing plans to generate more engineering jobs as it transfers a greater percentage of its business to the area. If you enjoy futuristic plane concepts and want to be a part of the design process, you may find employment opportunities at Boeing enticing.

The Houston area is also ripe with opportunity—from the standpoint of environmental technology as well as basic engineering. More than thirty engineering subsectors are represented within Houston's budding infrastructure, which is consistently at the top of the list for engineering graduates all over the country.

In Britain, Dyson's energetic stance precipitated an open-minded government approach to shortcomings in the engineering sector. Here in the US, industry pundits wonder if corporate pressure will cause a similar governmental reaction. Meanwhile, existing engineering jobs and suitably qualified applicants remain at odds. Opportunities do exist, however, despite the industry's current limitations. If you are competent, flexible, and prepared to move with the corporate flow, you can still find gainful employment at a reputable company.