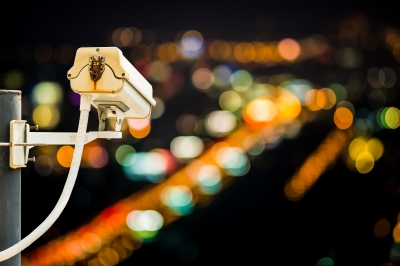 When it comes to cloud computing, the United States has a lot of advantages over other countries. Unfortunately, other countries have much better privacy protections in place for their citizens. In October 2015, the European Court of Justice rejected an agreement that would have allowed countries in the European Union to overlook some of the concerns about weak privacy protections in the United States.

In 2013, Edward Snowden, a former contractor with the National Security Administration, leaked thousands of classified documents from the NSA. The leaked documents showed that the agency, with the assistance of several other countries, had been intercepting telephone calls from billions of people all over the world. The documents also revealed that some of the NSA's spying programs took information directly from Web servers and cloud service providers. Since Snowden released the classified documents, privacy activists have been concerned about NSA spying.

The proposed agreement between the United States and the European Union was designed to protect the data of European citizens. However, the European Court of Justice felt it would be too easy for American authorities to ignore the privacy provisions built into the agreement. There were also concerns about the fact that European citizens have no way to challenge actions taken by the U.S. government. As a result of these concerns, the European Court of Justice rendered the entire agreement invalid. For companies involved in cloud computing, the decision is an unwelcome one.

Had the agreement been approved, companies offering cloud-computing services would have been in compliance with EU rules regarding data privacy. Because the court rejected the agreement, cloud-computing companies now have to take extra steps to protect the integrity of data owned by customers in the European Union. Additionally, the court ruling goes into effect immediately, which means there is no grace period. Companies not in compliance with EU privacy rules are at risk for having legal action taken against them.

Berin Szoka, president of TechFreedom, says the court's decision allows European regulators to cut off the flow of information between Europe and the United States. Worse yet, the decision didn't come about because cloud-computing companies did anything wrong. It came about because the NSA and American law-enforcement agencies have easy access to private data. If these agencies were not spying on billions of people, the European Court of Justice may have allowed the agreement to stand.

The court's decision is bad news for companies involved in cloud computing. It doesn't matter if a company stores or transmits information; company executives need to look for ways to comply with EU rules regarding the privacy of customer data. Unless government officials want to stop the free flow of information on the Internet, President Obama needs to take action to create a new safe-harbor agreement before his term ends.

Photo courtesy of nipitphand at FreeDigitalPhotos.net

Register
Sign In
Political warfare, inequity, and insufficient data in coverage of t...
blog post from Columbia Journalism...
Syria airstrikes: US warns it is 'locked and loaded' if Assad uses ...
news via Yahoo News - Latest...

Trump wants to put tariffs on $11 billion of EU goods, but doing so...
news from Markets