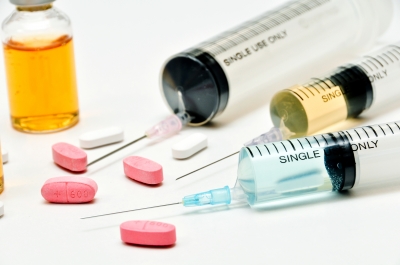 Although the Ebola virus has been a problem in Central Africa since the 1970s, a recent outbreak in West Africa has drawn international concern. According to the World Health Organization, the Ebola virus is a deadly disease with a case fatality rate approaching 90 percent. News of the outbreak has gone to every corner of the globe, and the possibility of a sustained outbreak outside of West Africa has become a common fear.

The Ebola virus is most prominent in remote villages of West and Central Africa where it is transmitted to humans through wild animals. Infected individuals can then transmit it to other humans. Since March of 2014, 700 deaths linked to the Ebola virus have been reported in West Africa according to the World Health Organization, making it the worst Ebola epidemic in recorded history. International news stations have been spreading word of the outbreak to communities everywhere, and communities are fearing a worldwide epidemic. However, those suffering the most from this media-instilled fear are those living in West Africa, who tend to take fewer infectious precautions to keep the disease from spreading because of this. In reality, the same precautions used to keep HIV/AIDS from spreading, including gloves, masks and special gowns, have proven effective in containing the Ebola virus according to Fox News.

The widespread fear of infection can be easily recognized in the United States public's unwillingness to take back two American aid workers who had caught the Ebola virus in Africa. As soon as it was announced on Aug. 1, 2014 that they would be brought back into the country, users took to Twitter to express their outrage and fear of infection. Even Donald Trump has tweeted that it is a bad idea, calling the country's leaders "incompetent" for bringing the problem onto American soil. However, Dr. Mark Siegel of Fox News maintains that a sustained outbreak could never occur in the United States due to its public health system. He adds that the virus is spreading in West Africa because the people are unaware how diseases spread, live in close proximity and have cultural rituals that help to spread the virus.

According to the World Health Organization, the Ebola virus is characterized by intense weakness, fever, sore throat, headaches and muscle pain. Later symptoms can include diarrhea, bleeding, vomiting and rash. The natural host of the disease is thought to be fruit bats. No licensed treatments of vaccines are available at this time.

Although the media is known for blowing things out of proportion for the sake of a story, it is important to be cautious of the virus while maintaining a rational perspective. Human-to-human transmission of the Ebola virus is associated with contact with blood and other bodily fluids, so maintaining a clean, controlled environment and quarantining infected individuals is important in preventing outbreaks.