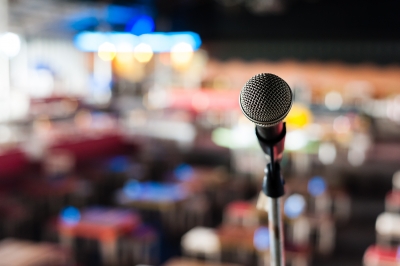 When a billionaire speaks, people take notice, and it doesn't matter whether it's an offhand Twitter comment or a sales presentation. Elon Musk, however, has taken the art of sales and grand announcements and become the modern PT Barnum. Sure, there are no musical donkeys or performing geese—instead, he's taken his billions and blasted off into space, developed an advanced car, established a worldwide trading platform, and even put forward plans for a futuristic subsonic transport system.

His announcements are all about the show, and that's the key. He aims high, but he rarely fails. So what's his secret—apart from the inevitable comparisons with Iron Man?

Some would say that Musk has had a lot of luck, but that negates his superb sense of timing and showmanship—as well as his raw entrepreneurial genius. Much of what Musk has achieved has been off his own bat. By influencing people and persuading people to follow his dream, he's created success everywhere he's gone.

He also gauges the level of knowledge that his audience has when he's planning his sales presentations. When speaking to engineers about the proposed hyperloop, he talks about the tolerances and the rest of the highly technical data that allows engineers to understand what he's talking about and work out whether it's actually a practical plan. When talking to journalists, he includes only relevant data in easy-to-understand bites—traveling from LA to San Francisco in 30 minutes at over 500 miles per hour, for example.

He also has a talent for spotting what the interesting facts about a product are. When the Tesla Model S broke the machine that was supposed to be crush testing it, he released the news to the media. He also created a bit of a firestorm with a claim that the Model S was the safest car that had passed the NHTSA's standardized relative risk test—it actually got five stars, but Tesla claimed it had got 5.4 stars thanks to its incredibly durable chassis and long crumple zones. Naturally, this made it into the news, when the NHTSA confirmed it only rates cars up to five stars, the car made it into the news again.

The US auto workers union just decided to walk out on GM — here's w...
news from Markets