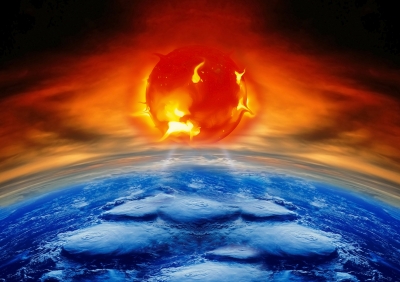 With his bold aspirations and cutting-edge ventures, Elon Musk is a regular name in engineering tech news. The founder of companies including SpaceX and Tesla Motors, Musk is changing the face of the engineering industry. For people in the business, Musk's unusual methods can provide valuable insights into the future of engineering.

Originally from South Africa, Elon Musk operates multiple companies in the United States. A graduate of the University of Pennsylvania, Musk famously dropped out of a graduate program at Stanford to pursue a career in business. For engineering professionals, Musk represents the future of the profession. His ideas are ambitious; currently, he is aiming to tackle alternative energy and commercial space travel. His company, Tesla Motors, makes electric cars and powertrain components. The company launched with the Tesla Roadster, which was billed as the first luxury car that operated solely on electricity. His cars use a unique design that ensures a long range and fast acceleration. Consumers are responding; according to a recent story in Wall Street Cheat Sheet, the stock is expected to continue to rise and outperform competitors.

In addition to his Earth-based exploits, Musk is known for his interplanetary ambitions. His company, SpaceX, is a subcontractor of NASA and made headlines as the first commercial contractor to send a spacecraft to resupply the International Space Station. In interviews, Musk has stated that he aims to finish a ship that will send people to Mars. He has a backlog of customers for his space flights, which points to long-term success. In 2013, he announced plans for the Hyperloop, a high-speed passenger transportation option.

Musk has a unique approach to engineering. He doesn't follow the traditional model where the CEO focuses mainly on business while the hard design and science is left to engineering tech employees. While he doesn't have an engineering degree, Musk takes a more hands-on approach. He is heavily involved in the design and development of new products and participates regularly in day-to-day operations. He often inspects cars as they come off Tesla's production lines, demonstrating a commitment to quality.

In interviews, Musk has stated that he believes in practical engineering, where solutions are usable by the public. Without accessible products and services, Musk realizes that even the most advanced technology has little potential to change the world. By combining his cutting-edge ideas with an intense focus on usability, Musk is making engineering strides that are likely to change the market and the way humans interact with energy.

With his unusual approach to engineering, Elon Musk is at the forefront of the field. As his ideas come to fruition, his hands-on methods and forward-thinking ideas are likely to become the norm among engineering firms across the world.

Buckle Up For "Affordable" Supersonic Travel
news via Core77

Tesla could escape 'production hell' for its Model 3 — but it would...
news from Markets