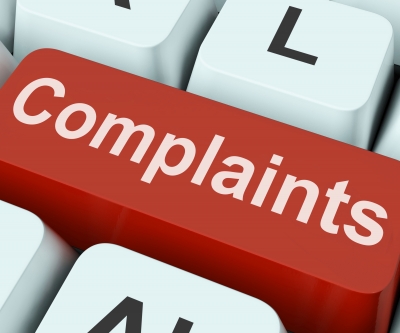 One of the biggest headaches for an HR department is dealing with whistleblowing claims, as it puts employees who are just trying to do the right thing against the company. In many cases, it's considered quicker to terminate the employee's contract to avoid repercussions against a profitable enterprise, albeit one that may be in breach of a number of regulations.

The problem with this approach is that it exposes the company to allegations of retaliation, and it can be hard to make these claims go away. One of the major cases of retaliation involved Veteran's Health Administration hospitals manipulating wait times to make them seem shorter to avoid federal sanctions. This, however, meant that veterans died waiting for treatment.

Previous whistleblowers reported retaliation by supervisors and HR departments when they raised problems, ranging from threats to being fired. This top-down approach to managing reports of negligence and data manipulation essentially led to a criminal review against the leadership being announced in September 2014.

Much of this could have been avoided had there been adequate structures that dealt with whistleblowers in a way that led to solutions to the problems or concerns raised. These guidelines should have been implemented from the top with clear guidelines issued to HR departments.

Retaliation is, unfortunately, a natural response to many problems, and HR departments often participate in it. If an uncomfortable issue is raised, many people prefer to ignore it, choosing to get rid of the problem person instead of solving the problem. While it's hard to dismiss retaliation claims before they get to court, it's also hard for employees to prove retaliation. In addition, the maximum compensation an employee typically gets is one or two times his salary, which is a small amount for most major businesses.

All this leads to numerous retaliation claims as businesses prefer to bury the "bad employee" rather than solve the problem.

What makes it worse is that retaliation protection doesn't apply to unpaid interns, at least according to a Wisconsin Supreme Court decision made in August 2014. The court decided that a whistleblower who was fired after she reported to her HR department that she'd been asked to diagnose a patient with borderline personality disorder to discredit that patient in a potential malpractice suit wasn't entitled to compensation. The logic behind this decision was that the retaliation law only covers lost money. The intern was unpaid and, therefore, couldn't benefit from the law.

The IRS perhaps has one of the better laws regarding whistleblowers in that it rewards those who report tax fraud financially. Whistleblowers typically get between 15 and 30 percent of the tax money recovered.

Unfortunately, the nature of business means that the employer often holds a lot of power over employees, and some businesses' unscrupulous practices are often ignored because they solve an immediate problem or bring in a lot of money to the company. It's crucial that HR departments are aware of the problems of dealing with whistleblowers in a retaliatory way and seek to resolve issues raised.