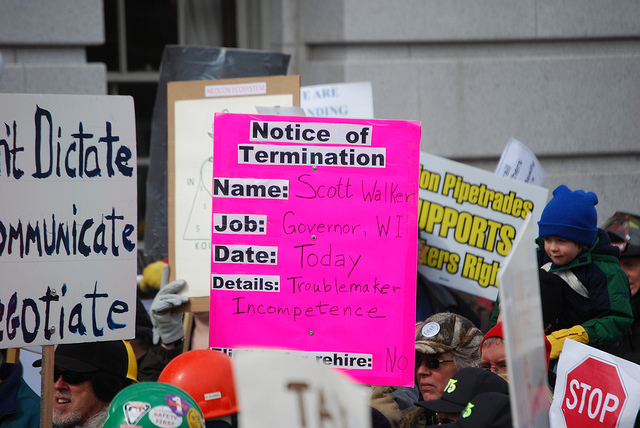 Getting fired is not fun no matter what the circumstances. However, being wrongfully terminated after positive reviews and performance feedback is arguably the worst when it comes to a professional losing his job. When workers receive positive evaluations and employers are still looking for reasons to terminate, there is not a whole lot a professional can do.

Betsy Baumgart is a prime example. She was administrator of the Montana Tourism and Promotion Division for the Department of Commerce in 2002 and responsible for developing and funding programs that made Montana the ultimate tourist destination. In her eight years with the Division, her manager consistently gave her positive feedback about her abilities and her accomplishments.

Baumgart's manager retired in 2010, and a new one was appointed. Her new manager discovered a balance of $4 million for the previous five fiscal years. Baumgart was fired shortly thereafter for mismanagement of state funds. She sued the state, claiming it had violated the WDEA, or Wrongful Discharge from Employment Act, and wrongfully terminated her. The state sought to have the case dismissed, claiming that Baumgart’s mismanagement of funds was more than reason enough to terminate her employment. However, Baumgart brought up the fact that her previous manager had given her a lot of positive feedback. The state Supreme Court decided Baumgart's mismanagement was still reason enough and the case was dismissed.

Employers are encouraged to seriously consider the risks of firing an employee, especially if the employee has received good performance reviews in the past. A company’s decision makers must agree that the reason for termination is justified and the company must ensure it has followed its own personnel policies. Companies should always think termination through and prepare for a court case if the employee feels he was wrongfully terminated. If the evidence is contradictory to a just termination, the company may face a legal battle where a dismissal may be difficult to get.

Employers should always ask themselves if the reason for termination is enough. If a company wrongfully terminates an employee, the legal battle is not only tough on the company’s funds, it is also tough on its professional reputation. In Baumgart’s case, even though the Department of Commerce won the legal battle, one has to wonder what damage its reputation suffered due to terminating a woman who worked for eight years with positive evaluations.