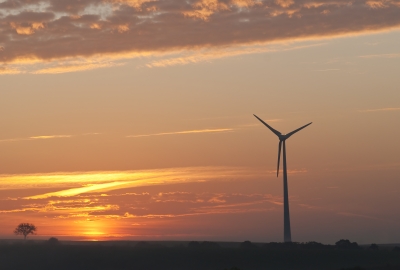 The overall job outlook for energy engineers has been poor since 2004, so you may be surprised to learn that the energy engineering field is currently primed for a boom. According to Recruiter.com, the demand for energy engineers is expected to increase, and approximately 55,790 positions will need to be filled by 2018. The increase is partly due to the growing popularity of renewable energy sources, which will continue to increase the industry's demand for experienced engineers. So, if you're an engineer who's interested in a career in energy engineering, you can expect to have plenty of job options and the opportunity to build a lucrative, long-term career.

Energy engineering is a broad field that includes environmental compliance, facility management, energy efficiency, alternative energy technologies, and plant engineering. However, renewable energy engineering is the field that's growing at the fastest rate. According to an article posted on the MIT News website, a study completed by the Massachusetts Institute of Technology (MIT) and the Santa Fe Institute (SFI) concluded that investments in research and development and increased market growth in renewable energy products has caused the number of patents issued for renewable energy technologies to rise significantly over the past decade. In fact, between 2004 and 2009, patents for products related to solar energy increased by 13 percent per year and patents for products relating to wind energy increased by 19 percent per year.

Innovation is partly responsible for the energy engineering industry growing a rapid rate. According to an article on TheStarPhoenix.com, Davood Ghadiri Moghaddam, a PhD student who is part of the University of Saskatchewan's mechanical engineering research group, has been working on an HVAC system that is capable of reclaiming 80 percent of the energy that other systems waste. The system was developed in partnership with Saskatoon-based Venmar CES Inc., and the company will be putting the unit on the market soon. This is just one example of how companies are working with engineers in the energy industry.

Ultimately, engineers in the energy engineering field have a lot to look forward to. More and more, people and businesses are beginning to use renewable sources of energy. Companies also want to develop products that save energy, and factories need engineers to ensure that their buildings and processes are energy efficient, so the demand for engineers in the energy engineering field isn't likely to decrease any time soon.