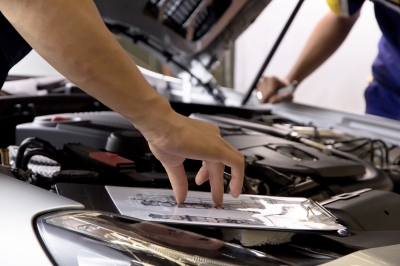 Driverless cars are not a new concept: in fact, they have been a dream for many automobile enthusiasts since the early twentieth century. Many experts initially believed that driverless vehicles would replace regular cars by the end of the twentieth century. However, the development of a driverless car that's workable, reliable, and commercially viable—in addition to fully autonomous—has taken much longer than expected. Recently, a number of leading automobile manufacturers unveiled some of their newest driverless car models. According to reports, some companies are laying plans to make autonomous vehicles available as soon as 2020.

Engineers started to dabble in driverless technology almost as soon as cars were invented. Achen Motors demonstrated an early radio-controlled car on Milwaukee streets in 1926. In 1939, Norman Bel Geddes created an exhibit entitled "Futurama" for the World's Fair; in it, he conceptualized electric motor vehicles, which drew power from road-embedded circuitry.

Collaboration between General Motors and RCA Labs led to the development of the first full-size autonomous car in 1958. The vehicle was put to the test near Lincoln, Nebraska, where a 400-foot section of road had been customized for the purpose. The car relied on a detector circuit system that was fixed into each side of the road. The systems sent electronic impulses to the vehicle, guiding it safely down the highway.

At the time, many industry pundits thought that driverless cars would become commercially available by approximately 1975. Of course, that didn't happen; nevertheless, autonomous vehicle research continued in earnest throughout the 1970s and the 1980s. When studies showed the potential for a 50 percent increase in road capacity and a 40 percent decrease in accidents, the British government briefly considered implementing a driverless car system on its motorway network. However, funding for the proposed modifications was later withdrawn because it was deemed too costly.

Now, autonomous vehicles are making headlines again, and this time, it's for real. Several leading automobile manufacturers recently announced plans to release driverless cars by 2020; among them, the Cadillac SRX and the Mercedes S-Class. Auto technology modules inside the vehicles include laser-guided navigation systems, electronic and ultrasonic detectors, and cameras.

Naturally, Google has plans of its own. In 2013, the diverse company collaborated with Virginia Tech to create its own auto technology contribution: a driverless car for the masses. The vehicle cost just over $2 million to research, conceive, and develop—significantly less than the amount of money spent by big-name manufacturers.

If you've got your eye on an autonomous vehicle, you won't have long to wait. If big-name production companies have their sights set correctly, driverless cars should be market-bound by the beginning of the next decade.

Tesla is proof that the next 20 years in the tech industry won't be...
news from Markets